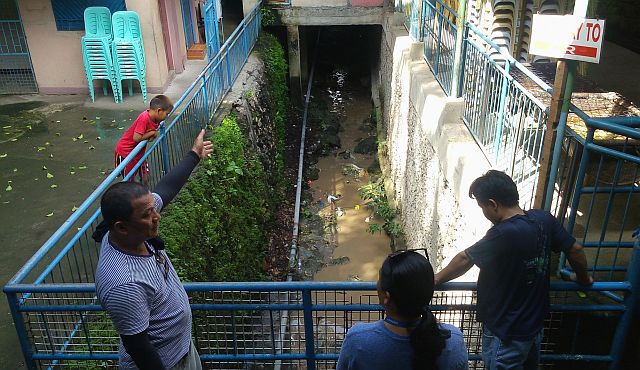 EMB-7 also recommended that both facilities avail of the services of a duly accredited septic hauler to bring its wastewater to a wastewater treatment facility.

“A possible WTF candidate to treat the facilities’ wastewater may be the Cebu City Sewage Treatment Plant located in North Reclamation, Cebu City,” said the EMB-7.

In its investigation report into complaints of foul odor arising from Langub Creek, EMB-7 also noted that residents along the stretch of Langub Creek were also possible contributors to the discharge of liquid waste into the creek.

“I will ask for their commitments on how to address this problem at Langub Creek,” he said in a phone interview.

Based on EMB-7 records, both facilities have no valid wastewater discharge permits as required under the Philippine Water Act of 2004, which is punishable by a penalty of P10,000 to P200,000.

“We will give them the chance to hear their side and what they can do,” he told CDN.

A copy of the investigation report, furnished to CDN, showed that the flow of Langub Creek was mostly stagnant.

A team from EMB-7 conducted water sampling on the main liquid waste stream of CPDRC on December 13, 2016.

The CPDRC’s wastewater is currently treated by five two-chamber septic tanks measuring 12 by 12 by 8 meters.

The Cebu City Jail, on the other hand, treats its wastewater with a new large septic tank measuring 8 by 7 by 5 meters and several other smaller septic tanks.

“On some occasions, the effluent waste pipes leak or burst but are immediately fixed within the day,” the report said.

The city jail had its wastewater hauled by a third party service contractor last month. It had a rotating biological contactor (RBC) operated by Mactan Rock, Inc., to treat its wastewater, which operated from 2009 to 2013.

“However, it was stopped due to budgetary constraints,” the report read.

During the team’s visit, one of the pipes in Cebu City Jail “was observed to be discharging wastewater that was white in color.”

During the inspection, “the canal appeared to have minimal organic matter odor perceived to be minimal.”

The team also took samples of water in a stream believed to be a joint effluent stream for both jails.

“Water from this stream was observed to have a foul odor and muddy color,” the report says.

The water quality analysis results showed that the “water quality of this stream still does not comply with the wastewater effluent standards provided for Water Quality Guidelines and General Effluent Standards of 2016.”

Read Next
CCSC, DepEd to search for ‘schools for sports’