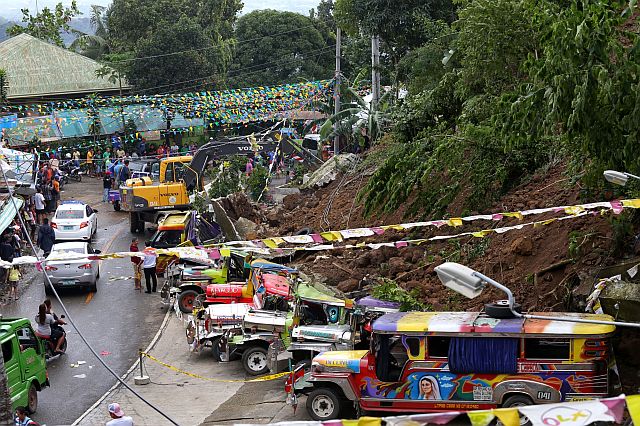 RECENT landslides in at least 10 mountain barangays in Cebu City have resulted to P1.9 million worth of damaged crops and livestock.

“We have not included Barangay Sirao since the damaged area is huge, we have not yet consolidated the data,” he told reporters yesterday.

Based on their records, a total of 23 hectares of crops owned by around 128 farmers were damaged by the landslides.

With these damage, Gesta said there’s a possibility that the prices of some vegetables may increase by P10 to P20 per kilo.

But he assured that there is no problem in supplies in the markets since there are other sources of vegetables aside from the city’s mountain barangays.

“We advise farmers not to undertake further land preparation and re-planting in the meantime,” he recommended.

Aside from vegetables, Gesta said at least four barangays have reported deaths of livestock like cows and goats. These barangays are Tagbao, Tabunan, Babag and Lusaran.
The livestock deaths have been pegged at P53,000.

Meanwhile, Cebu City Mayor Tomas Osmeña said he was in talks with the private owner in the landslide area in Sitio Garaje in Barangay Busay.

Osmena said they were discussing the idea of the owner donating the lot to the city government.