Why some of us are hungry 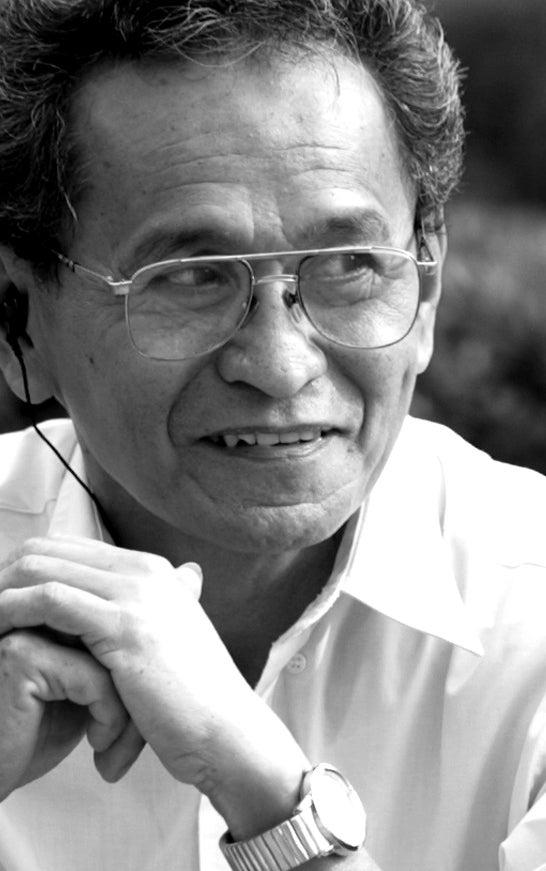 Last Wednesday, I took my lunch at Robinson’s Fuente Osmeña Food Court. My main purpose was to eat chopsuey. All vegetables and no meat. That’s all I ordered. No rice either. For my health.

I took the vacant seat between a young woman and young man. That’s what I like of food courts. I could sit anywhere and be near with whoever are sitting beside me and converse with them. Most often I start the conversation with any one beside me with a smile. I always get a good response, and with a smile too in return. I usually asked them about their work or from where they were. And after we finished our meals, we end up as friends also even if we don’t know each other’s name.

This time I had no chance to converse with anyone of my two partners beside me. The woman on my left stood up first after I took my seat and the guy on my right followed in less than a minute. They were going separate ways. Both were in a hurry. Maybe, to go back to where they work or catch a ride to somewhere. I was left alone. When I looked on my left side, I saw a plate half-full of pasta and on my right, a plate with a half a dozen cuts of ngoyong. So much food wasted, I thought to myself.

Just before I entered Robinson’s, I was met by little kids begging for some money with their hands gesturing that they were hungry and wanted something to eat. It’s a common sight like that around Fuente Osmeña, an uptown area in Cebu City, or in Colon and nearby streets at the downtown area, especially near churches and fast food restaurants. I asked myself, if some people could afford to leave so much food in their plates, why are so many kids, and their parents too, still hungry out there?

Any society faces what in economics is called the three basic economic questions. These are what to produce, how to produce and for whom to produce? These questions in turn arise because of two basic facts in life. What we want is very much more than what our means would allow. When we want more of something than what could be provided, there arises the problem of scarcity. Nothing is scarce if no one wants it or when the demand for it is less than its supply. But the moment we want more of something than its supply, there now exist the problem of scarcity. With scarcity, we cannot have all that we want. We are now faced with the dilemma. Of the many things we want, what do we have to produce first and how? And of the things that we produce, who will get them?

Faced with these questions, what can society do? For now, or at least since the last century, many countries have chosen to either let the state decide what to produce, how, and for whom. Russia and China did this before by controlling all the means of production. Others let the market decide through the interactions of buyers and sellers of goods and services in the market, like what is done in known capitalistic countries such as the US and other progressive countries where the means of production are mostly in the hands of the private sector. Countries that use the first system are called command economies and the second, market economies. But some countries or in some parts of some countries, the people may do things based mostly on tradition.

The old Russia and China and their likes are gone now, except North Korea perhaps. They are now part of the so-called capitalistic system. But the system of capitalism that exist today is not truly ruled by the market alone. In most countries, some amount of state control or regulations exist. The amount of state control and regulations vary from country to country. China is already capitalistic, one might say, but the government still owns a great chunk of business enterprises, including banks. In the US, very little business enterprises are owned and operated by the government relative to China, but it still has a great influence on what the country will produce, how and for whom through its vast laws and economic regulations that affect the decisions and operation of business enterprises.

Between the US and China are various shades of capitalism, depending on the size of its government in relation to its economy and the extent of its laws and economic regulations that affect business activities. Sometimes, countries that have a large amount of the national income going to or accounted for by the government are called socialistic which allow them to provide many basic services to its people and build their infrastructure. The Philippines today falls within the market system or what truly is called the mixed economic system, given the presence of the government that affects all our economic activities. So, going back to the question, if some of us in our country could afford to leave so much food in our plates uneaten, why are so many people still hungry out there?

The market system has its answer. Although superior than the command system in allowing the economy to allocate resources to their best and highest uses that would allow investors to reap the highest profit possible, the system does not guarantee fair distribution of income that would allow everyone to live well. It’s a long story but the short of it is that in the market for jobs, for example, you get paid for what you add to the company you work for. If management thinks you have nothing to add or add less than the minimum wage rate that they are required to pay you, you will not be hired. The bigger the management think you can contribute, the bigger is your pay. The problem arises when for the few jobs that exists, thousands compete for it. In this case, many will be left out and those employed could not expect higher pay or they will be replaced by those lining up outside to get employed.

Is there something that can be done to improve this? There is, but it’s more complicated than what our politicians usually promise to do. Of course, with our voters not really knowing also what they really need or what is possible and what is not, we do get the kind of government by the kind of politicians and voters that we have.