Zafra still with Team Rama but open to talking with Tomas 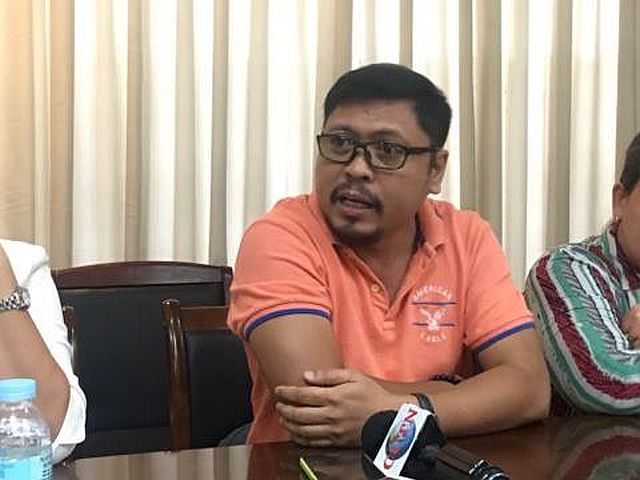 Councilor Philip Zafra says he owes his post to Team Rama but will be open to policies by the administration that will be beneficial to the barangays. (CDN PHOTO/JOSE SANTINO S. BUNACHITA)

Zafra, president of the Association of Barangay Councils (ABC), said quitting Team Rama is “beside the point” since he credits former mayor Michael Rama for what he has become.

“Maybe my fault was that I reached out to the administration. But that was for me to be able to help the barangays’ concerns,” he told reporters yesterday.

Zafra recalled that he started as Rama’s executive assistant and then became his chief of staff in the mayor’s office for several years.

He then ran as Tisa barangay chairman during the 2013 elections under Team Rama and won.

Zafra was then elected as ABC president and sits in the council as an ex-officio member.

Zafra said he was fed up with City Hall’s inaction on the delay in the release of allowances for barangay workers and the reduction in the fuel subsidy for barangay garbage trucks.

Zafra said he finally agreed to a meeting with Osmeña and his allies as well as some City Hall department heads to resolve these problems.

“They treated me fairly well. They made me comfortable. They are impressed with my actions. And I’m thankful and appreciative that they listened to me even if we belong to opposing parties,” he said about the Osmeña administration.

Zafra admitted though that the BO-PK side has been courting him to switch sides, in a bid to get the majority in the council which is dominated by Team Rama.

Cuenco, Alcover and Guardo immediately denied the rumors. But at that time, Zafra could not be reached for comment.

He was also absent during last Tuesday’s council session, further fueling speculations of his allegiance.

Zafra hopes that the Osmeña administration will continue to have open lines of communication with them and the rest of the barangays.

He said he will support policies of the administration so long as they benefit the barangays.

Zafra also said he won’t run in this year’s barangay elections and retire instead from public service.

Read Next
Crackdown on colorum tricycles in Lapu