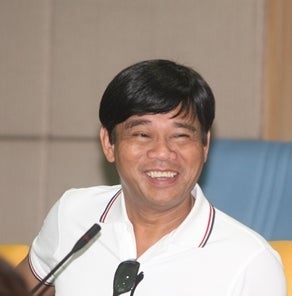 The Sandiganbayan has dismissed the criminal case filed by the Office of the Ombudsman against Congressman Rodrigo “Bebot” Abellanosa.

The charge against Abellanosa stemmed from the passage of a resolution when he was still a councilor of Cebu City regarding the scholarship funds of the city scholars.

In filing the criminal complaint against Abellanosa, the Ombudsman alleged that the former city councilor had a “material interest” when he approved the resolution authorizing former Cebu City mayor Michael Rama to enter into a memorandum of agreement (MOA) with Asian College of Technology International Educational Foundation (ACTIEF) for the city’s scholarship program since the lawmaker owned the school.

According to the Sandiganbayan, the act of passing the resolution is not considered a violation of Republic Act 3019 or the Anti-Graft and Corrupt Practices Act.

“Hence, this court is of the view that the passage of the subject resolution cannot be considered as a transaction or act as contemplated under Section 3(i) of RA 3019,” the Sandiganbayan held. “Moreover, this court finds that the Sanggunian in passing the said resolution merely expressed a sentiment or opinion and did not exercise discretion.”

The Sandiganbayan further held that it was the Office of the City Mayor that determines which school will be accredited and the one responsible for “all matters relating to the Cebu City Scholarship Program”.

“God is good. God is great. God knows justice best,” he said. “Thank you for all your prayers. The Sandiganbayan dismissed the criminal case filed by the Ombudsman against me. The graft court has concluded that ‘the facts charged in the information do not constitute an offense.’ We and our best intentions for the city scholars and their parents are vindicated from the exaggerated and lopsided accounts of political opponents and lapdogs of politically influenced media.”