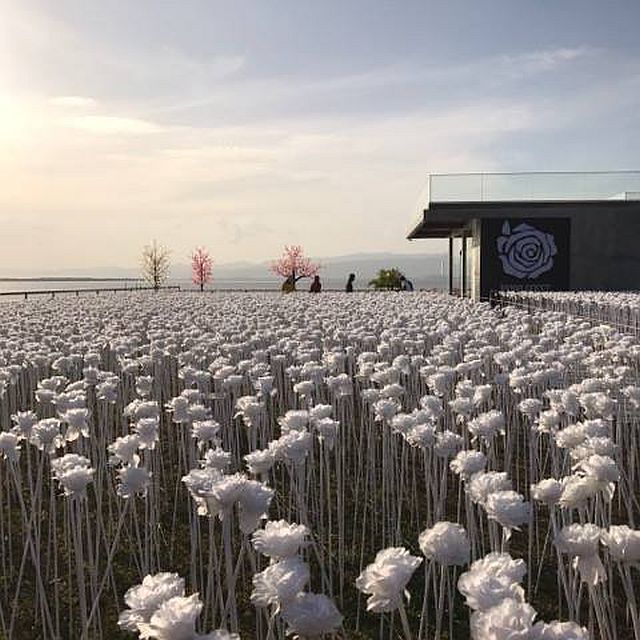 The newly-opened 10,000 Roses Cafe in Cordova, Cebu attracted thousands of visitors since it opened on Feb. 6. (CONTRIBUTED PHOTO/ISTE SESANTE LEOPOLDO)

Social media was abuzz over the weekend on photos of a newly opened café in town.

Located beside the sea, it offers a scenic view of the sunset and has a front yard that has thousands of white plastic roses that light up at nightfall.

But recent photos that went viral showed the field beside the café that was littered with damaged decorations.

Netizens were quick to condemn the disrespect and negligence showed by visitors who took selfies without thinking if they were damaging the roses or not.

When a city official announced to media that the city government will allocate half a million pesos to families displaced by the earthquake in Surigao province, not a few of the officials cheered.

But when he was told by a reporter that another local government in Cebu planned to send P1 million, the city official was surprised and called a fellow official to tell him about the bigger pledge.

A drug suspect presented to the media during a recent press conference looked distraught and unmindful of how he looked.

Just as the TV cameras were about to start rolling, an agent of the agency asked for another minute and helped the suspect pull up his sagging shorts to make sure it doesn’t fall down to his feet.