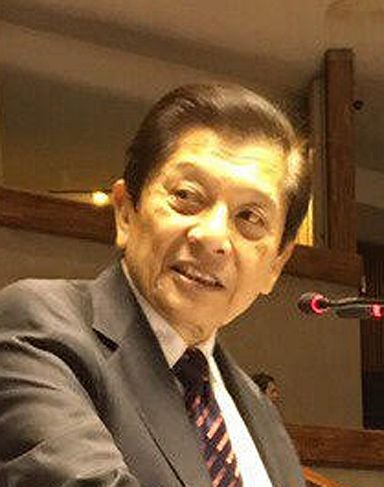 Introduce reforms on the police and the country’s justice system and there will be no more need to enforce the death penalty.

This was the stand of 12 congressmen, who are in agreement that the planned reimposition of death penalty will not address criminality, the drug menace, poverty and even corruption problems in the country.

“While no time is right and ripe for pushing the reimposition of the death penalty, now is the worst of times to enact the revival of capital punishment when scalawag cops are the very felons and rogues in robes preside over the life of death of citizens,” said a draft resolution which they will file before the House of Representatives next week to “oppose and reject” the planned reimposition of the death penalty proposed by House Bill No. 4727.

“Because of the flawed, inept and corrupt police, prosecutorial, judicial and correctional systems, justice is not only delayed but also wantonly waylaid,” the draft resolution said.

“We must put the death penalty bill irretrievable in the backburner and address and implement with dispatch much the delayed reforms in the police and justice systems, and after the effective reforms are in place, there is no reason to revive the death penalty,” it added.

The draft resolution said that there is now a diminishing trend among countries who continue to adhere to death penalty. Of the 195 countries documented by the United Nations (UN), only 37 have retained death penalty imposition in law and in practice.

Of the 37, only four countries – China, Iran, Pakistan and Saudi Arabia – continue to practice execution of criminals, accounting to 90 percent of the executions in the world.

Del Mar told the House of Representatives during a February 7 interpellation and debate that death penalty is never the solution to criminality. He will also speaking in Saturday afternoon’s “Walk for Life” scheduled at the Plaza Sugbu to reiterate his stand on the issue.

Del Mar expressed hope that their draft resolution will solicit the support of the other congressmen.

The proposed resolution says that death penalty has already been abolished two times: the 1987 Philippine Constitution and Republic Act no. 9346 or and “An Act Prohibiting the Imposition of the Death Penalty in the Philippines” which former president Gloria Macapagal Arroyo signed into law on July 2006.

It also mentioned 15 “compelling and overriding” reasons why the planned revival of the death penalty should not be allowed to push through.

The resolution says that “pronounced social justice, crippling poverty and utter absence of quality of life among the disadvantaged and marginalized sectors are among the rood causes of criminality.”

“The data are irrefutable that it is in the poorest of regions and countries where the incidence of criminality if highest. We should address with utmost priority the critical causes of criminality, not only its manifestations,” it says.

It says that “death penalty exacerbates the culture of violence and its revival adds State-sanctioned killings to the unabated extrajudicial killings related to the death campaign against the drug menace.”

The resolution adds that implementation of capital punishment is violative of the International Covenant on Civil and Political Rights (ICCPR) which was ratified in 1986 and the Second Optional Protocol to the ICCPR ratified in 2007.

Signatories of the draft resolution also warned the a revival of the death penalty, if pursued, will have economic repercussions “as we would lose free tariff privileges on our exports to European Union countries which require adherence to human rights.”

“With the revival of the death penalty, the Philippines would lose moral ascendancy in negotiating for the lifting of death sentence on Filipino OFWs number over 70 worldwide.”