A compelling take on equality and humanity 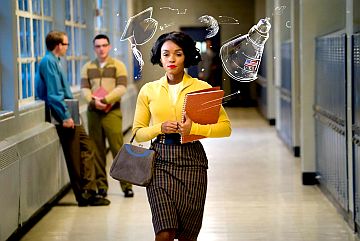 Did you know the human brain is a living, functioning supercomputer, able to conceive and unravel the most complex mathematical equations in less time than it takes to blink your eye?

Such is the true story of“Hidden Figures,” the unseen, heretofore unknown female heroines of Friendship 7 and US Astronaut John Glenn (and NASA’s) manned flight into outer space, and an Academy Award nominee for the Best Picture in 2017.

The setting for “Hidden Figures” is Virginia in the early 1960s when segregation based upon the color of one’s skin dictated where you could sit on a bus and what toilet you could use. It seems unheard now in 2017, but it was not that long ago, dear reader, as this writer (a child of the 1960s) can attest when America visibly discriminated against its own African-American population.
NASA was no different.

But all three, along with dozens of other black employees, were regulated to office staff positions.

Enter Al Harrison (Kevin Costner of “Dances with Wolves”) who as head of NASA’s Space Task Group brings in Ms. Johnson to his core team of all white engineers as nothing more than a human computer —that is until their brand-new IBM mainframe
computer comes online.

Taking US President John F. Kennedy’s charge of placing a man—not only into near Earth orbit —but to the moon and safely back down to terra firma was clearly no easy task, and it was and still is mathematics that leads the way. Thus, Ms. Johnson’s role was key in taking the place of what IBM and its vaunted punch-card supercomputer could not do: live for each single day in which every element of manned space travel— from gravity, velocity of the space vehicle and a myriad of random and immediate challenges— could only be met with the human equation.

The problem for Ms. Johnson is that she, like all of us, had to use the bathroom—the “colored-only” bathroom—which was on the far side of
the sprawling NASA complex. Because of the racist rules of the day, she was prevented from using the “WC” right down the
hallway from the massive office populated by Harrison and 30 other men. Instead she had to run—yes, RUN—miles every day in the blaring sun, and in pouring rain, to the “correct” bathroom and back again to the ultra-secure Space Task Group offices.

And she wore high heels to work!

It would almost seem comical if it was not far too real.

Finally, Harrison confronts his living “computer” on why she was constantly gone from her all-important mathematical equations which held the life of John Glenn in her sold hands. The core moment of “Hidden Figures” comes when Johnson and Harrison go “nose to nose” over her running miles every day —just to pee. Ms. Johnson makes her point abundantly clear (you go, girl!) when she tells her boss that it is not her fault that the only place she can “go” is several miles away.

Harrison then takes a sledgehammer to the “colored-only” bathroom sign—effectively ending segregated toilets at NASA. 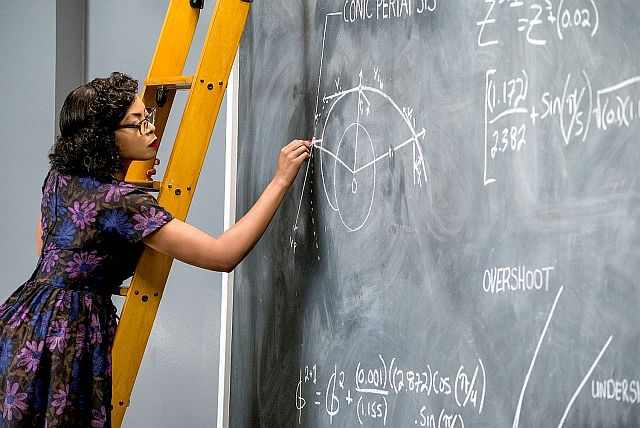 “Hidden Figures” also tell us of a time in America in which “people of color were to know their place”—as in the back of the bus. Ms. Jackson, prevented from becoming the first woman and first African-American aeronautical engineer at NASA, confronted this racism head on. In order to meet her dream, she needed to take evening engineer classes, held at a local high school, and actually had to go to court and persuade
a judge to approve her enrollment.

Dorothy Vaughan confronted discrimination head on—demanding equal pay that her white colleagues enjoyed —from her snooty NASA supervisor (played with a deadpan zeal by Kirsten Dunst) only to be rejected time and time again.

So, she did one better: teaching herself Fortran computer code and immediately assumed the leadership position of the new IBM Mainframe to eventually become one of the most brilliant minds at NASA.

And what of John Glenn’s faithful journey into space? If not for the instant reworking of multifaceted mathematical algorithms by Ms. Johnson—on the run and using only a leaded pencil—Glenn’s trip into space would have been doomed.

Instead, John Glenn’s Friendship 7 Mission helped turn the tide in the race to the moon with the Soviet Union and Katherine Johnson, NASA’s living computer, stayed with the US space program to perform calculations for the Apollo 11 mission to the moon and the Space Shuttle.

Director Theodore Melfi (“St. Vincent”) and working from a screenplay written by himself and Allison Schroeder, keeps the pace of “Hidden Figures” solelyon the exploits of each of the three female leading characters—withan extra effort of telling the story of Ms. Johnson—with rampant racism and discrimination based solely on one’sskin color in America as the underlining current throughout.

Whatever the outcome of the Academy Awards, bravo to Director Melfi and his team for bringing this important body of work to cinemas worldwide and right here to Cebu as “Hidden Figures” is one of the most important and compelling motion picture events of this—or any year.