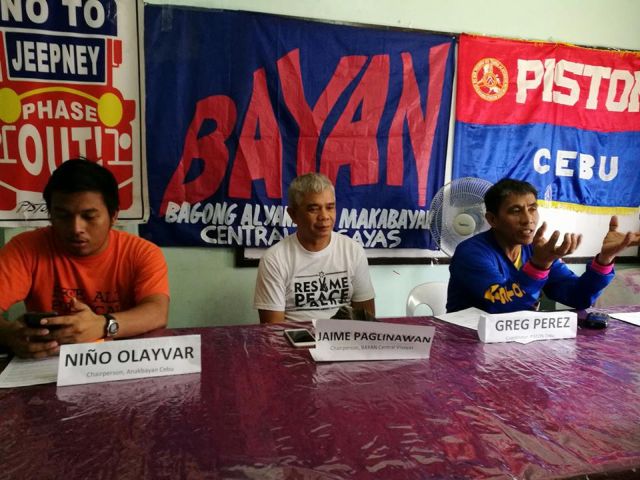 About 700 members of the Pagkakaisa ng Samahan ng mga Tsuper at Opereytor Nationwide (Piston) Cebu and at least 200 tricycle drivers are joining the nationwide ‘Tigil Pasada’ on Monday.

Greg Perez, Piston Cebu coordinator, made the announcement in a press conference on Friday afternoon.

“Around 700 members (Piston Cebu) and at least 200 tricycle drivers in Mandaue City are joining the activity to oppose the phasing out of 15-year-old jeepneys.

Perez said that these are tricycle drivers serving Barangay Paknaan and Cabancalan, and Hernan Cortes Street in Mandaue City.

“We are asking the public’s understanding and sorry for the inconvenience. We also want to express our concern to the government,” Perez said.

The ‘tigil pasada’ will start at 4 a.m until 3 p.m. on Monday and a protest rally outside the office of the Land Transportation Franchising and Regulatory Board in Central Visayas (LTFRB-7) will follow.

Piston Cebu also sent letters to schools and universities in Cebu informing the institutions of the planned strike.