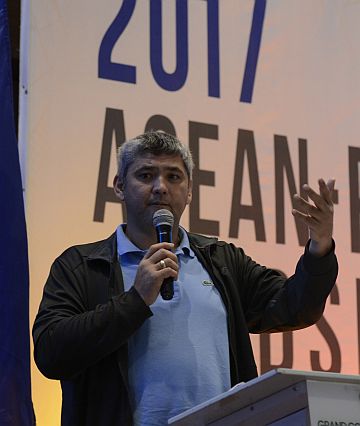 “SOCIAL media is not a propaganda machine. It is the voice of the people.”

Carlos Munda of the Presidential Communications Operations Office (PCOO) gave this description amid the office’s thrust to use social media as a tool for disaster risk reduction and management.

He cited the PCOO initiative, Laging Handa PH, which was implemented amid the wake of the 6.4-magnitude earthquake that struck Surigao province earlier this year.

With #LagingHandaSurigao attached to posts on social media, the PCOO was able to gather information on the state of the locality straight from its residents while other forms of communication were down.

Even after Super Typhoon Yolanda struck the Visayas, the first bits of information about the havoc it brought came from social media, said Munda during the Cebu leg of the ASEAN-PCOO Roadshow on Friday.

“One of the most resilient forms of ground communication is social media … This is what we want to tap into,” he said.

Communications Secretary Martin Andanar said that tapping the social media to gather information during disasters had been one of the initiatives pushed by the PCOO.

“While we’re building PTV 4 and Radyo ng Bayan as emergency broadcast centers, we have to take advantage of what we have– social media,” Communications Secretary Martin Andanar said in a keynote speech during the event.

The Cebu event comes after roadshows held in the cities of Davao, Zamboanga, and Davao and is part of the PCOO’s nationwide education campaign on the Philippines’ chairmanship of Asean 2017.