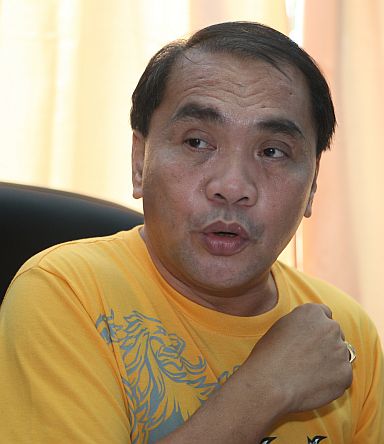 Three months into the year and employees of Barangay Ermita still have not gotten their salaries for 2017.

According to Ermita Barangay Secretary Erwin Peñafort, he has already submitted three weeks ago the vouchers for the salaries of around 100 employees of the barangay to the office of lawyer Winefredo Orcullo Jr. in Cebu City Hall, but until now, he has not received any update as to when they can get their salary.

Orcullo was the caretaker assigned by Cebu City Mayor Tomas Osmeña as his representative in exercising supervision over the barangay following the six-month preventive suspension ordered against all barangay officials of Ermita.

“The vouchers are still not signed because no one is authorized by the DILG (Department of Interior and Local Government) or the Office of the President,” Peñafort told Cebu Daily News in an interview yesterday.

According to a barangay aide who refused to be named, they’re having difficulty paying their daily expenses.

“Naningkamot lang mi og amo para makakita og panginabuhian. Dili gyud lalim. Nag-antos gyud mi sa tumang kapait (We are trying our best to look for other means of income. It is very hard. We are really suffering from this),” the aide told CDN.

As an alternative means of livelihood, she said she is selling hot drinks, bread and other delicacies in the morning.

But the aide said she has no plans of quitting her job in the barangay.

“Among kapitan ug mga konsehal raman ang nasuspenso, trabaho lang gihapon mi (It is only our barangay captain and councilors who are suspended. We will continue working),” she said.

Suspended Barangay Captain Felicisimo “Imok” Rupinta appealed to City Hall and Mayor Osmeña to address the vacuum in the barangay.

“Kung naa siya’y kalagot nako, ayaw apila ang mga tawo. Kung gusto sila nga ilang tawo ang modaog, dili ko modagan sa sunod nga eleksyon. Basta pasaligan lang ko nga atimanon niya ang mga tawo sa barangay (If he is mad at me, don’t include the people. If he wants his men to win in the barangay, I will not run in the next barangay elections. As long as I am assured that he will take care of our people),” Rupinta said, referring to Osmeña.

Rupinta said he still visits the barangay hall from time to time and heard the complaints of the employees. Aside from the salaries, the barangay is also having problems with their electricity, water and telephone bills.

He said they have already requested the Visayan Electric Company (Veco) for an extension for their payments considering the situation.

Sought for comment, Mayor Osmeña said he has already tasked Orcullo, who is also the city markets administrator, to hear the concerns of Barangay Ermita workers.

CDN tried several times to contact Orcullo for his comment, but repeated calls and texts to his mobile number were unanswered.

Meanwhile, DILG-7 Regional Director Rene Burdeos said that until now, the Office of the President still has not appointed an authorized caretaker for Barangay Ermita.