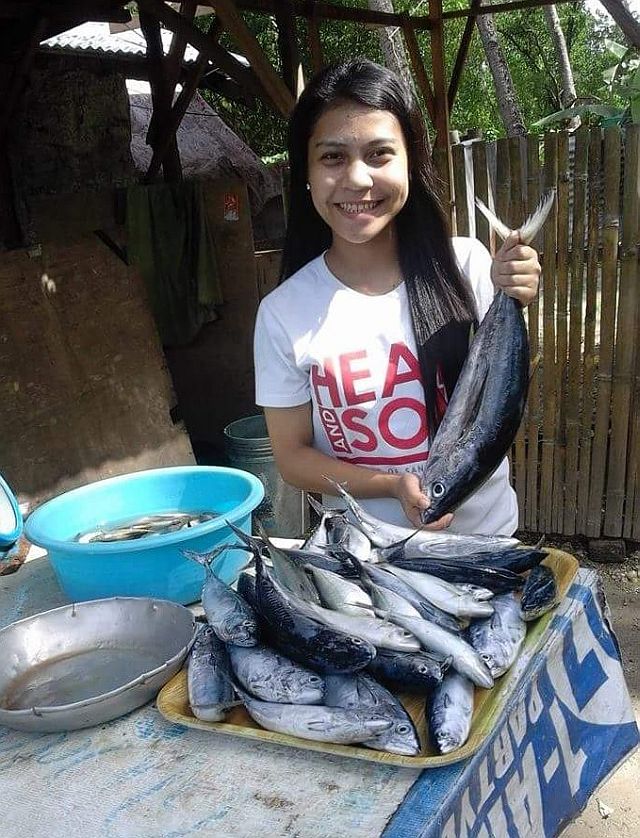 PROUD OF HER ROOTS. Regine Villamejor, proudly displays her father’s catch. She said she won’t forget how she achieved success by looking to her family’s sacrifice as her motivation to work harder for their future. (Contributed photo/USJ-R Intern Jheysel Ann S .Tangaro)

It’s only six days to go before Regine Villamejor crosses “the finish line” in her personal race to graduate with honors at the University of San Jose-Recoletos (USJ-R) in Cebu City.

And it had been a tough but fulfilling four-year journey for Villamejor, a fish vendor from Barangay Taloot, Argao town located 73.4 km south of Cebu City.

“When I was admitted in college, I really promised myself that I will graduate with flying colors. I’m almost there. We’re close to the finish line,” she told Cebu Daily News.

Only a few of her classmates knew of the daily struggle she went through to earn a degree, she said. 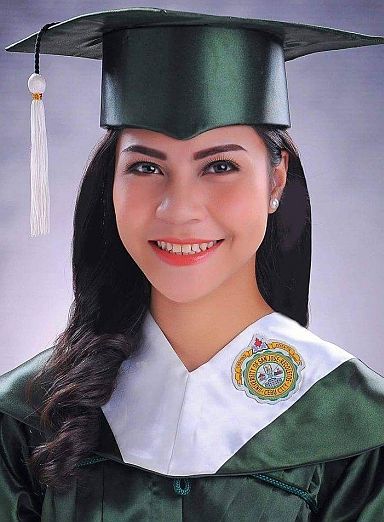 Villamejor said she looked to her family and her dream of providing them a better life to inspire and motivate her to finish her education.

“As I look back at my struggles, I realize that it made me stronger. And I want to thank my parents. Whatever achievements I have, it’s because of them,” she said.

Immediately after her graduation, Villamejor said she will find a well-paying job so she can send her two brothers—17-year-old Ramer and 15-year-old Jonard—to school.

Being the eldest in a brood of three, Villamejor recounted how her parents, fisherfolk Raul and Mary Jane Villamejor, had to work hard to support them.

“My father told me one time that he wanted to sleep more but he said (that) he had to work hard (to do) in order for me to continue my studies,” she said.

The Villamejor family lives in a small nipa hut in Barangay Taloot located four kilometers away from the shoreline of Argao town for the past 14 years.

Villamejor recalled waking up at 5 a.m. to help her mother carry and sell ice buckets filled with her father’s catch of local fish like “tamarong,” “ihalasan” and “burot” along the national highway.

Villamejor said the P700 they would earn daily from selling fish is barely enough to cover their family’s needs.

When her mother got sick three years ago, she sold fish on her own so they can have food on their table.

“There were times when my parents (would) argue where to get (the) money (that we need). We even reached a point where my parents suggested that I stop going to school,” she said.

But Villamejor didn’t want to give up on her dream and looked for a school that would give her a scholarship after graduating in 2013.

Her cousin told her about the tuition discount offered by USJ-R on the condition that students should maintain a certain grade point average.

She made the nearly three-hour trip from Argao town to Cebu City by herself and took the entrance exam.

Villamejor passed and secured a scholarship grant which gives her a 50 percent discount on her tuition on the condition that she maintains an average grade of 1.3 to 1.4. 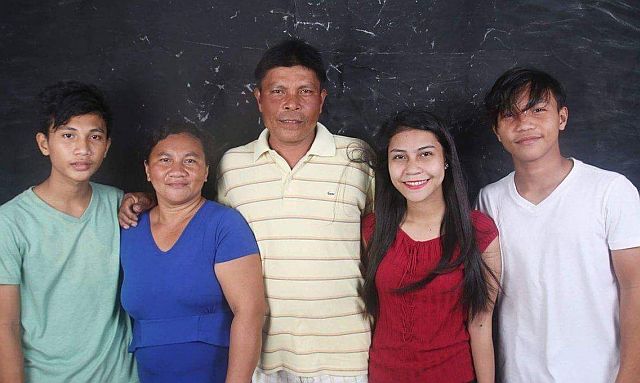 She rented a boarding house in Cebu City and she would go home to help her mother sell fish if she wasn’t busy at school.

“I’m not ashamed to sell the fish. My friends know about it but still they accept me for who I am,” she said.

With only P700 weekly allowance, Villamejor said she skip some of her meals to spend her money on her school projects.

She would also sell biscuits to her classmates to earn extra cash.

“Ang akong gipalit pulos lang needs. Unya na lang na ang wants. (All I bought were things that I need. Things that I want can wait),” she said.

All that sacrifice will pay off as she accepts her degree during graduation rites on Saturday this week.

Villamejor said the challenges posed by her poverty didn’t discourage her from achieving her goals and neither should it discourage others.

“If I did not go through those challenges, wearing the toga (graduation robes) will not be worth it. We should not give up. Poverty is not a hindrance in achieving our dreams,” she said.

In looking forward to a brighter future for her family, Villamejor said she would also remember her roots to keep herself grounded at all times.

“I should never forget where I came from. No matter how many achievements you have, humble yourselves and keep your feet grounded. I will always be a proud daughter of a fisherman and a fish vendor,” she said./USJ-R Intern Jheysel Ann S .Tangaro

Read Next
Love stronger than thirst, water deeper than desire