Cebu residents told to be ready for quakes 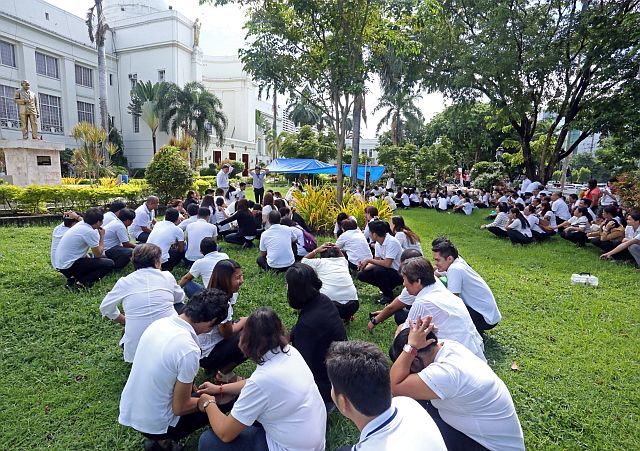 LAST Tuesday dawn’s 3.6 magnitude earthquake that jolted southwest Cebu is another reminder about the necessity to be prepared whenever it happens, the Capitol’s emergency operations chief said yesterday.

“That’s a good reminder that we should not be complacent. We already experienced an earthquake in Cebu and we had warnings that another will happen. The Philippines is an archipelagic country and located in the Pacific area, which is part of the Asia Pacific Ring of Fire that is vulnerable to earthquakes,” said Baltazar Tribunalo Jr., head of the Provincial Disaster Risk Reduction and Management Office (PDRRMO).

The Philippine Institute of Volcanology and Seismology (PHIVOLCS) recorded a tremor with an epicenter located six kilometers southwest of Asturias town at 3:46 am last Tuesday.

The quake registered an intensity four on the Richter scale in Asturias town as well as in Barangay Busay, Cebu City.

The quake registered an intensity three in Mandaue City and intensity two in Lapu-Lapu City.

At least nine aftershocks were recorded in midwest Cebu as well as the cities of Cebu and Lapu-Lapu. No damages were reported from the areas affected.

Tribunalo said there are several fault lines in Cebu and some in the oceans surrounding the island.

He said residents should always be prepared since earthquakes can occur at anytime.

Tribunalo said the public should be oriented on how to cope with earthquakes by participating in earthquake drills.

On March 31, a nationwide quarterly earthquake drill will be held in offices and schools.

Tribunalo said the provincial government will conduct an assessment of each local government’s capacity to deal with emergencies caused by an earthquake.

“We are happy that the governor has prioritized disaster risk management and environmental protection and included it in his six (key) agenda,” Tribunalo said.

At present, the PDRRMO is focused on formulating and undertaking disaster preparedness and risk management programs, which includes production of hazard maps and mapping of disaster contingency plans.