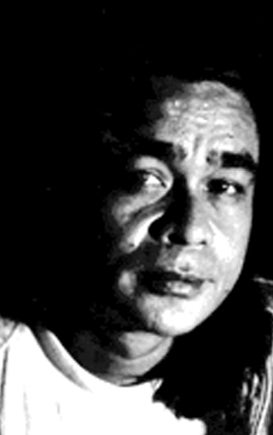 Life is a drinking party. Here is the most traditional way of doing it: rum and cola in a pitcher with ice. One glass passed hand to hand in a drinking circle. Tagay. There is a gunner. Every barkada has a gunner. He pours the drink in personal judicious style. He decides such things as the rate of drunkenness required as the party progresses into night, then to early morning. And without telling anyone, he might, if he is a good gunner, select who should get drunk faster than the others. No one complains. The gunner is a position of trust. His is a position for life — as with others in the drinking party.

And every ordinary man would have a barkada. Every man, over time, would have many. They mark the stages of one’s growth; and the quality of it, since every person is to be judged by the company he or she keeps. And one must not worry for oneself if one were to say that one’s most significant memories especially of youth did not happen while drunk and alone. They would be of being drunk together with one’s closest friends.

Such as this night, soon after Marcos declared martial law. And I find myself sharing the tagay with this circle of friends. My family home had become by then something of a temporary safe house for activists hiding from the law. They called themselves “community organizers.” And when martial law was declared, some found themselves quickly sent to jail for subversion. Others hid where they could. I grew up in a house hiding outlaws, as it was at that time. There were many brands of “community organizers” ranging from communists to socialists to others with a less direct ideological bent.

Though the ideologies seemed disparate, they shared the same premise: Change can come only from poor people themselves, organized into people’s organizations empowered to pursue their democratic rights. All of them were considered “subversives” in the stilted eyes of the fascist regime. They could be arrested without trial. It was a dark time, literally.

We had only a candle for light. It stood in a cup at the center of the room. We talked politics mostly. Fredo was our drink mixer and gunner. He served as local chef besides. The fare was always kinilaw. When no fresh fish is available, he makes kinilaw out of canned sardines. It is prepared exactly like the traditional kinilaw with slices of fresh tomatoes and onions, then the regular condiments, vinegar and siling kulikut. It always tastes best when Fredo prepares it. In later years, I would try to prepare this dish. But it never turned out as good as Fredo’s. And Fredo is gone now. He passed away several years ago.

And just last weekend, another member of the barkada passed away. Bomboy Loyola passed away just the other day. He was part of this particular circle of friends, this drinking party, this barkada. It had been quite a while since we drank together. In the course of martial law, each of this barkada went their separate ways. Bomboy would work for government after martial law. He was a university professor of the University of San Carlos at the time of his death. But years before that, this dark night in my house soon after the beginning of martial law, soon after 1972. Martin, Tarko and I completed the party. The night was going well as we became slowly drunk.

And then a police car, lights flashing, stops in front of our house. Expecting the worst, all found a closet to quickly hide in. And you have to understand how dusty the closets were in that house. We stay this way for several minutes until one of the group asks me to look out the window to see what was happening. I was the youngest and least activist-looking of the group. I peek outside the window only to see the policemen pissing into the wall across from our house. Were they themselves drinking like us? Most likely.

The run of time finds us all the same. We learn to drink less and to remember more, with more love even as we grow less in number. Even so, we still drink this toast while we can: Life!