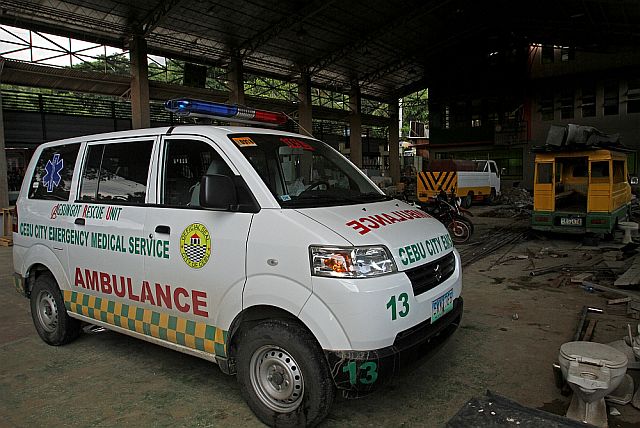 More ambulances will be turned over to different barangays in the coming weeks.
CDN file Photo

All ambulances distributed to Cebu City’s barangays are under the Cebu City Disaster Risk Reduction and Management Office (CCDRRMO) specifically its chief Nagiel Bañacia, who assumed responsibilities for them.

“All ambulances are under my name. As regards to responsibility and liability, it is under me. Our assurance is that we are really providing ambulance service,” Bañacia said.

He issued the clarification following the filing of a criminal case by Sambag I barangay chairman Lemar Alcover against him, Cebu City Mayor Tomas Osmeña and six city officials at the Ombudsman-Visayas.

Alcover accused them of allegedly turning over a city-owned ambulance to Aileen Guardo, wife of suspended city councilor Jerry Guardo, and a civilian.

The mayor dared Alcover to produce evidence to support his contention.

“As far as I know, I did not sign any document giving the ambulance. But she’s an adviser in the barangay and she can advise on how it can be used. It’s not under her position,” Osmeña said.

Bañacia said the memorandum receipts (MRs) from the General Services Office (GSO) for the city-owned ambulances that are assigned to different barangays are under his name.

Even if the vehicles are already turned over to some officials in the barangay, the MRs are still under his name, he said.

Bañacia said the personnel assigned to these ambulances are also paid for and trained by the city government.

“Maybe he (Alcover) is just not aware of the documentation. We welcome that (filing of case). We are not hiding anything, records will tell. This is a good opportunity to set the record straight,” he said.

Bañacia said the city’s turnover of an ambulance to Guardo last April 4 was only ceremonial.

Alcover filed charges of malversation of public funds or property and violation of the anti-graft and corrupt practices act against Osmeña, Bañacia and six officials for turning over the ambulance to Guardo instead of to the barangay officials.

Osmeña said the turnover of the ambulance to Councilor Guardo’s wife is not a reward after Guardo moved from Team Rama to the Bando Osmeña-Pundok Kauswagan (BO-PK).

“What is a reward? Giving her the ambulance is not true. That I will listen to her is true. There’s no reward,” he told reporters./With CNU Intern Adelyn A. Landiza