Macarine to swim from Dumaguete to Siquijor 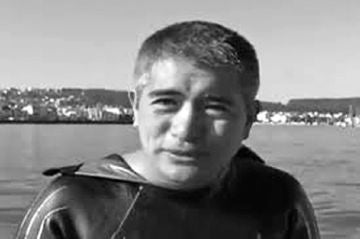 LAWYER Ingemar Macarine resumes his clarion call to clean our oceans and seas as sets to swim the rough seas that connect Siquijor Island and Dumaguete City today.

If successful, this will be the 26th successful open water swim for the 29-year old lawyer and environmentalist who is fondly called the Pinoy Aquaman.

His most recent swim was from Limasawa Island to Padre Burgos in Southern Leyte. He covered the 13-kilometer distance in four hours and 34 minutes.

In his open water swim today, Macarine, who is the election officer of the Commission on Elections (Comelec) in Bohol, is aiming to finish the 22-kilometer distance in seven to 10 hours.

“It’s going to be a tough swim because as what the data that I’ve gathered say, the wind speed in that area is five knots and the current there is strong so I have to be careful,” said Macarine.

Just like his previous swims, Macarine will be the first person to swim the Dumaguete to Siquijor distance.

This swim is organized by the Comelec Region VII headed by Atty. Rafael Olaño to promote the deadline of the voters registration on April 29 as well as to promote cleaner seas.