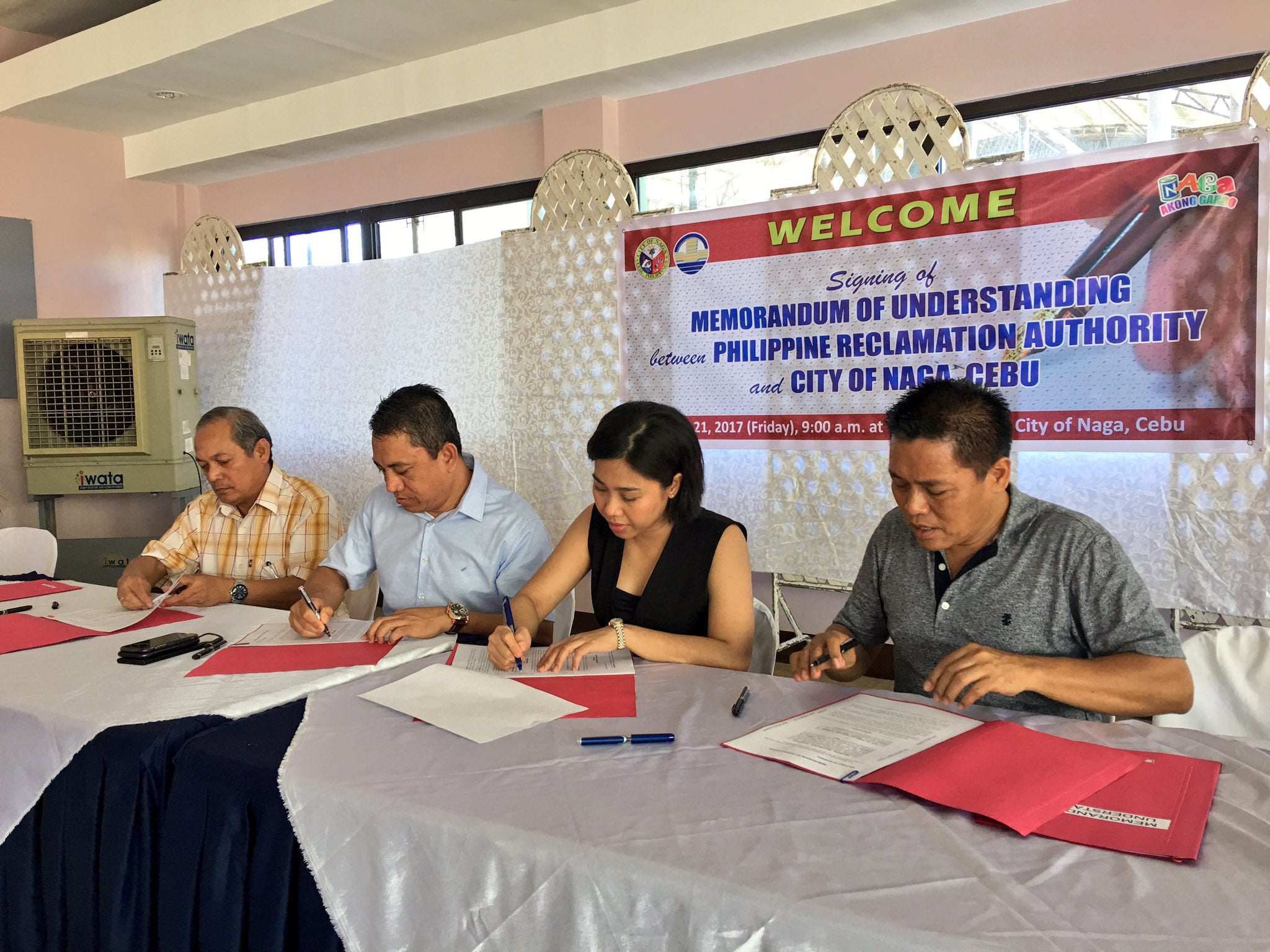 The Philippine Reclamation Authority (PRA) and the Naga city government has entered into a Memorandum of Understanding (MOU) for the proposed 146-hectare reclamation project in the city.

Under the MOU, the Naga city government assures that they will be complying with the documentary requirements and processes under the PRA.

This after the project’s first phase, a 16-hectare area which was already finished, did not go through the process of getting approval from the PRA prior to its development.

“By signing the MOU, both parties, particularly the city government agrees to regularize the exiting 16 hectares of the reclamation project by complying with the needed requirements. As for the remaining 130 hectares, we will also make sure to comply with all requirements,” said Naga City Mayor Kristine Vanessa Chiong.

The signing was held at the Naga City sports complex on Friday morning together with PRA officials led by its CEO and General Manager Janilo Rubiato.

The 146-hectare proposed reclamation project will involve the coastal areas from Barangay South Poblacion up to Barangay Inayagan, passing through Barangays East Poblacion, Colon and Tuyan.

The project is divided into eight phases, including the already completed 16-hectares.

The Naga City government will not be able to start with the development of the next seven phases unless they secure all the needed requirements.

Chiong said they hope to complete the requirements within two years.

After which, it will be referred to the PRA for evaluation and assessment. It will then be passed to the PRA board and later on to the National Economic Development Authority (NEDA) Board which is chaired by the President.

“We in the PRA, we bind ourselves to help and assist you (Naga City) in every step of the way in all the processes and in the submission of the mandatory requirements,” Rubiato said in a speech.