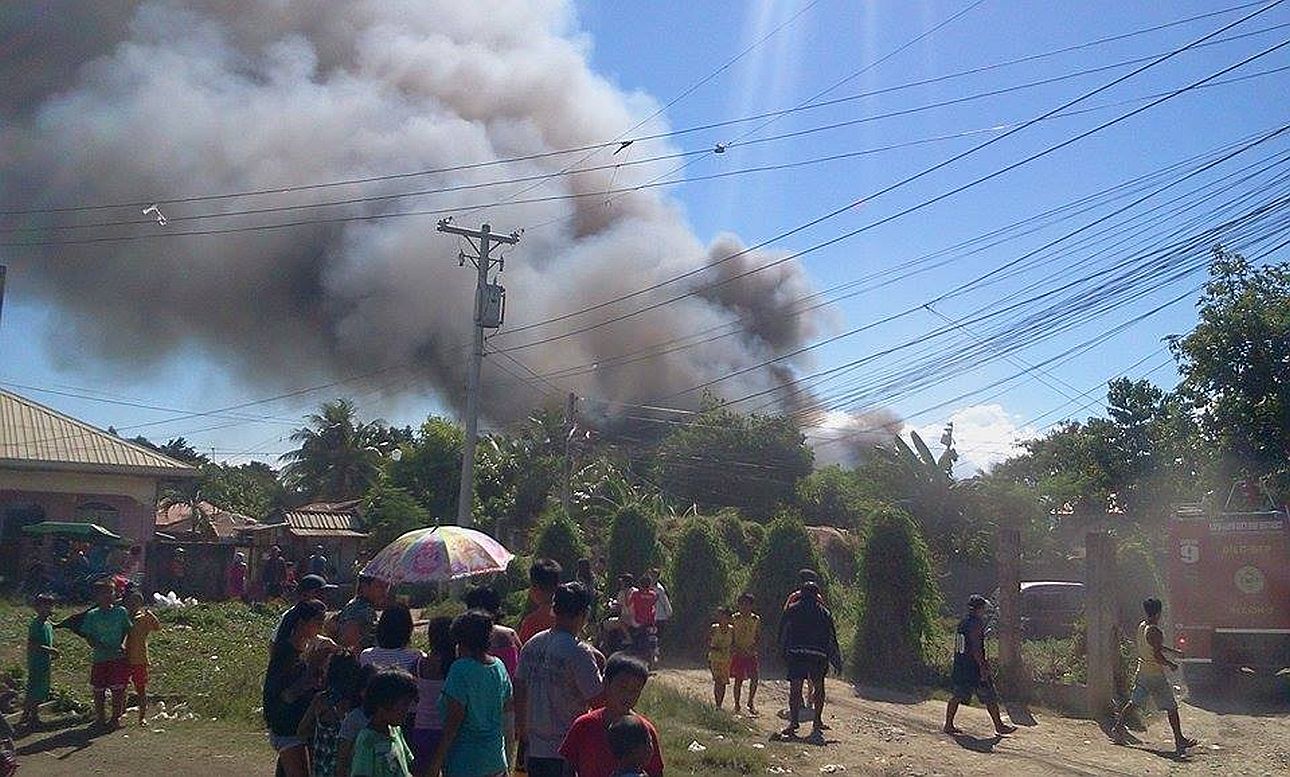 Thick smoke can be seen from the area hit by fire that claimed two lives in Sitio Kinalumsan, Barangay Cajulao in Lapu-Lapu City. (CDN PHOTO/NORMAN MENDOZA)

An 86-year-old grandmother and her 14-year-old granddaughter perished in a fire that hit Sitio Kinalumsan, Barangay Cajulao in Lapu-Lapu City past 2 p.m. on Tuesday.

Aurea Jumao-as and her grandaughter named Jane Ycong were burned to death after they were trapped inside their house.

Edna Jumao-as, Ycong’s mother, said her mother can no longer walk alone and her daughter Jane suffers from mental disability and can’t talk.

Edna said there were seven of them in the house when the fire broke out from the back area.

She said they all ran outside for safety and only realized that the two other members of the family were left inside.