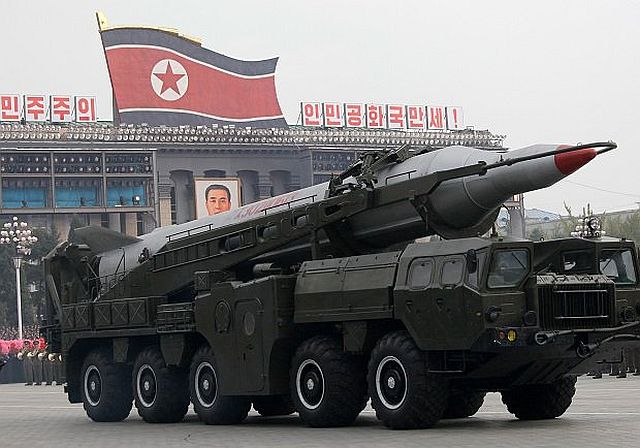 Missiles mounted on trucks make its way during a military parade to mark the 65th anniversary of the communist nation’s ruling Workers’ Party in Pyongyang in this Oct. 10, 2010 photo. (AP)

The CIA created its first single country-focused mission center, pulling together resources from a range of units to collect and analyze information on Pyongyang’s nuclear weapons and long-range ballistic missile technology that could extend its military threat across the Pacific.

The move comes as North Korea appears poised to undertake its sixth nuclear test, a move that would exacerbate jitters across East Asia.

The US has not ruled out a military strike to prevent Pyongyang from advancing its nuclear capabilities.

“Just as the threats facing our nation are dynamic, so too must the CIA continue to evolve to address them,” CIA spokesman Jonathan Liu said.

In 2015, the CIA created 10 mission centers in a modernization effort to break down the “stove-piping” of its different operations.

The units bring together people from different sides of the agency — analysis, operations, cyber and others — who previously may have not cooperated closely into six regional and four subject-focused groupings.

“Creating the Korea Mission Center allows us to more purposefully integrate and direct CIA efforts against the serious threats to the United States and its allies emanating from North Korea,” said CIA Director Mike Pompeo in a statement.