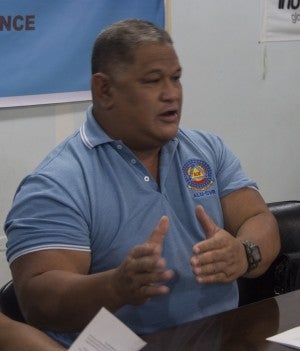 A labor group continues to show optimism about President Rodrigo Duterte’s fulfilling his election campaign promise to end abusive work practices when more than a year has passed since he made his vow.

Michael Mendoza, national president of the Associated Labor Unions-Trade Union Congress of the Philippines (ALU-TUCP), said he is still counting on the president to fulfill the year-old vow to rid the country of contractualization.

Duterte met with labor union leaders last May 1 in Davao City where he said he would continue working towards fulfilling his promise.

Last May 9, ALU, Nagkaisa labor koalition, Kilusang Mayo Uno, and the National Anti-Poverty Commission (NAPC) submitted a draft executive order (EO) to the Office of the President, aimed at helping Duterte put an end to contractualization.

The draft EO seeks to prohibit contractualization and all forms of fixed-term employment.

Following Duterte’s reiteration of his commitment, Mendoza said he is confident the EO will be implemented within this year, if not in the next three months.

Labor Secretary Silvestre Bello III in March issued Department Order 174, which provides better deals for labor but still does not put an end to endo

(end of contractualization), as promised by President Duterte in his campaign.

Mendoza said the problem of contractualization has been remedied by seven issuances from the labor department in the last 40 years, but workers still have not seen any respite.

He said that the EO, to be signed by Duterte, would put an end to the problem and appease the labor sector once and for all.

The Nagkaisa labor coalition, which Mendoza chairs, last February submitted an 11-point agenda which it hoped the president would look into.

Between then and now, Mendoza said, Duterte had already addressed five out of the 11 points, among which are the certification of House Bill No.

4444 or An Act To Strengthen Security of Tenure as urgent as well as looking into the status of Convention 151 of the International Labor Organization, which empowers public sector workers to organize and create their own unions.

“He’s granted half of our requests. The only problem left is the 40-year-old issue of contractualization,” said Mendoza.

Mendoza said he no longer sees any hindrances to achieving what the president has promised, except perhaps some local government units that refuse to regularize job-order employees in the process.

Gerard Seno, ALU-TUCP national external vice president, admitted that what will take time is the finalization of the list of jobs that would be allowed under a contracting scheme.

Among these, which are currently being practiced at present, are construction and security work.

Seno said there is a body that will deliberate on the exemptions to the EO and that this will be a tedious process.

Nonetheless, he said President Duterte remains committed and is already quite familiar with the issue.

This and other issues will be taken up during the ALU-TUCP’s 15th Supreme National Congress in Cebu City today.

Close to 2,000 labor union members and leaders across various sectors from all over the country are set to gather under one roof in the activity that only happens every five years.

“The national congress will meet, select a new set of officer who will lead ALU for the next five years, as well as discuss what ALU has accomplished and its direction forward,” ALU-TUCP spokesman Alan Tanjusay said.

The congress will be held at the Mariner’s Court in Cebu City’s port area from 9 a.m. to 5 p.m., with ALU local unions nationwide in attendance.

Those expected to join the gathering are labor members and leaders working in the manufacturing, agriculture, and services sector as well as those in banking, mining, construction, and electronics.

This year’s congress banners the theme: “Building union power in the struggle for democratic, just, and inclusive society.”

Read Next
PDEA nabs 4 suspects; seize P600k worth of drugs in Duljo Fatima