‘I got it from Mama’ 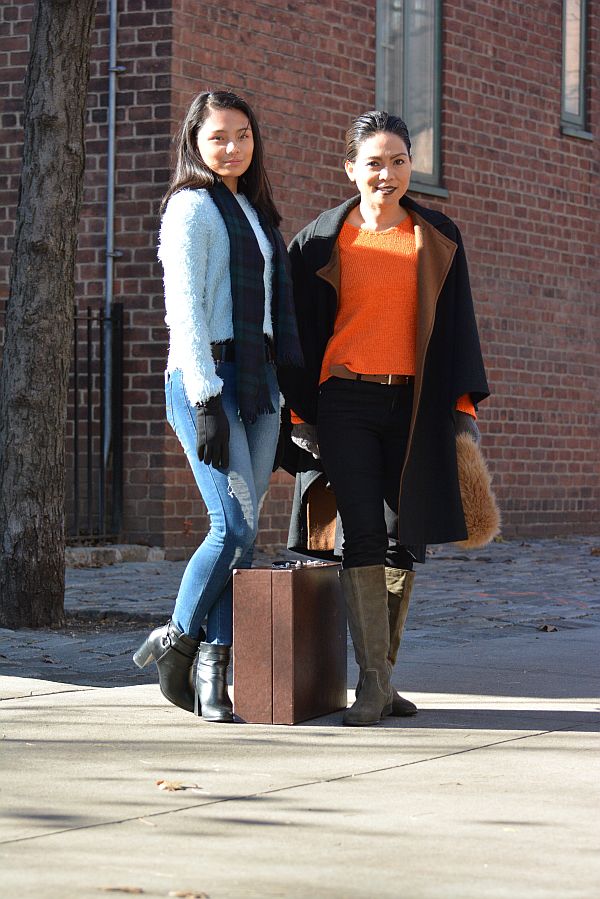 What’s it like growing up as the child of Raquel Choa, revered Philippine Cacao Ambassador also known as Cebu’s Chocolate Queen?

Raquel’s fifth child, Hannah Mae — newly christened as the Chocolate Princess after her successful participation with her mother at the Salon Du Chocolat event sponsored by the United Nations in New York — said they were raised to be handy in the household.

Hannah Mae said listening to her mother’s life story is “like reading a book.”

“She does not strictly say that we have a schedule today and I will tell you about my life. It wasn’t like that. She would teach us different chores, and in between, she told us her life before she became our mama,” said Hannah Mae, a Grade 10 student of The Abba’s Orchard School.

At 16, Hannah Mae is growing up to be a beautiful, well-mannered young lady who dreams of becoming a doctor in the future. She is often seen helping Raquel in different events.

Her 19-year-old brother Jonathan is her constant partner in events relating to the promotion of Philippine cacao.

In a previous interview, Raquel said the Choa household is a frantic mess of diapers and milk when her children were younger.

But Raquel said she learned to manage all eight children because of her previous experience as a helper.

Raquel married and became a mother at the young age of 16, the same age as Hannah Mae today.

“My mother grew up with us. We learned things with her. So not only do I look up to her as a mother but also as a big sister. I am proud that she taught us to do household chores because we are not going to be young forever,” Hannah Mae said.

She said it was “better to learn these things” while they’re young because it’s “hard to learn patience and hard work” as one gets older.

Hannah Mae said her mother’s strategy was to train the older children to teach the younger ones. In her case, she now teaches household chores to AJ, Angelie and JP.

Hannah Mae goes to a Montessori school that values the teaching of life skills.

Hannah Mae said she was initially perplexed when her classmates praised her for her household skills since she and her siblings do these regularly at home.

She said her mother raised her and her siblings the way she was also raised by her parents.

“When she tells us stories while we’re cleaning, I get a glimpse of my mom’s past and can really tell how hardworking she was, and we can still see that up to this day when she shares to people her passion and her love for cacao,” she said.

Unlike other teenagers, Hannah Mae works on weekdays and weekends at The Chocolate Chamber (TCC) branch in Mabolo near Sarrosa International Hotel.

On school days, she would drop off her things at the house, change clothes and then walk from the house to TCC.

At TCC, Hannah Mae does one of the things she loves to do: serve people with her mom’s chocolate creations. She does the same thing during weekends.

Doesn’t she feel bored that she’s working while other teenagers her age are going out?

“I chose to work at TCC because I enjoy it. I can go out and do other things. My mom even tried to give me free time but I found out that I am more productive when I’m at TCC,” she said.

Her work at TCC allows her to meet all kinds of people.

Hannah Mae said she loves listening to their stories especially when foreign guests tell her about their home countries. These stories inspire her to travel.

She said these are moments that teenagers her age don’t get to experience at 16. But Hannah Mae remains humble like her mother.

From her father, Alfred, she learned the value of spending money wisely. Like her mom, the kitchen is her favorite place.

“The kitchen is my stress reliever. I love to cook and experiment on things. In school, my teachers would call me to help out. I know the substitute to certain ingredients because I learned that at home. I guess I got that from my mom,” she said.

TAGS: chocolate queens, from, GoT, IT, mama