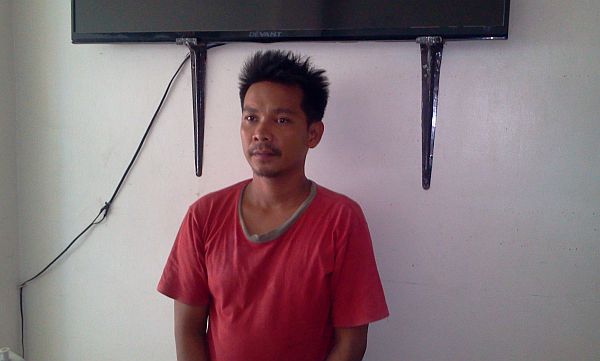 The suspect in last Friday’s shooting of a businessman at his carwash shop in Barangay Casuntingan, Mandaue City was arrested by police in his friend’s house in Barangay Colawin, Argao town in Cebu at 4 p.m. last Sunday.

Estrera hid in the home of his friend, a tricycle driver.

After the arrest, Estrera turned over to police the revolver he used for shooting Chan and the motorcycle he borrowed from a friend in Mandaue City.

Estrera said he never regretted shooting Chan since he suspected him of having an affair with his secretary named Beth Chavez who happened to be Estrera’s common law partner.

But Chavez denied Estrera’s allegations, saying she broke up with him since she can no longer endure his abusive behavior.

She said she and Estrera signed an agreement in front of the barangay lupon signifying their breakup.

Under the agreement, Chavez said she had custody of their child. Chan was in the shop when Estrera entered the premises wearing a full-faced helmet and shot him.

Chan was brought to the North General Hospital and his condition remains stable.