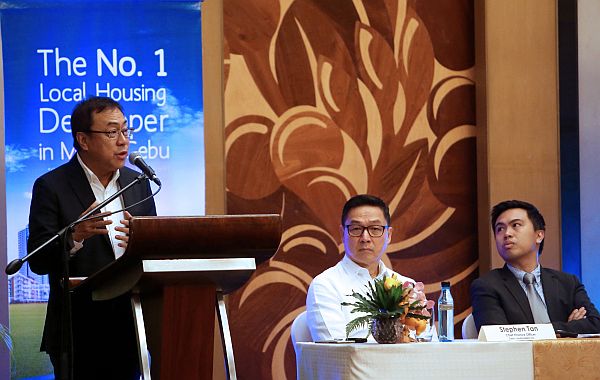 Cebu Landmasters Inc. to strengthen its ‘acquire and develop immediately strategy’ with raised capital from IPO

This is the business strategy employed by homegrown real estate developer, Cebu Landmasters Inc. (CLI), as it embarks on an initial public offering (IPO), which officially opened on Friday, May 19.

They are looking to raise around P2.9 billion in capital from the offer, which will primarily be used to pay out existing agreements for properties that they are starting this year outside Cebu, said Jose R. Soberano III, CLI chief executive officer (CEO), in an interview on Thursday at the sideline of the Cebu IPO roadshow.

The company offers 505 million shares and another 75 million as over-allotment option at P5 per share to bring the total offer size to P2.9 billion.

He said the capital from the IPO would strengthen their thrust to develop as soon as they acquire the properties.

“The strategy really is to acquire because we will develop immediately,” he said.

Earlier this year, Soberano said they had earmarked P12 billion for more projects in Cebu and other key locations in Visayas and Mindanao regions.

In Cebu, Soberano said they will continue to develop high-rise condominium and horizontal projects under the different brands that they have developed for specific market segments.

He said they are adding another Casa Mira project in Guadalupe and a Mivesa Garden Residences project.

Development of the second phase of the Base Line Center will also start as well as a mixed-use complex at A.S. Fortuna and an Industrial Park in Minglanilla.

Soberano said they are opening projects in new cities, including Davao, Dumaguete, Iloilo and Bacolod where they will start by offering their economic brand Casa Mira and their Mesa Tierra Garden Residences.

“In Dumaguete and Iloilo, we are bringing in the Casa Mira subdivisions while in Dumaguete, there is a market for the Casa Mira towers so we’re developing that,” Soberano said.

“We will focus our expansions in the VisMin area, especially in these areas where we have set (out) to expand. These are the areas where we see demand for products that we have been successfully offering here in Cebu,” said Soberano.

CLI has a total of 13 projects under different stages of development and construction to date and has over 25 developments completed in the last 12 years since they first started in 2003.

CLI is still primarily a residential developer with about 38 percent horizontal developments while 46 percent are vertical.

Read Next
Property investments continue to pour into Mandaue City