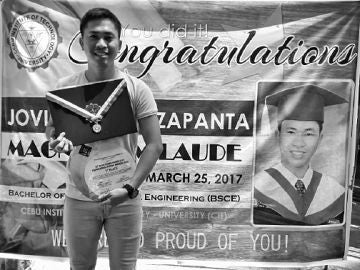 SM Foundation Inc. will formally honor and present to the public a total of 256 graduate scholars in a ceremony in SMX Convention Center, Pasay City, on June 28.

The SM Foundation qualifies its scholarship program graduates from public high schools with an average grade of 88 and above at least up to the second grading, she said.

The annual income of the parents, who mostly are farmers, fishermen, jeepney drivers and laborers, should not exceed P150,000.

The SM scholar graduates of school year 2016–2017 will gather for a testimonial dinner together with their benefactor, the proud parents, officials of partner schools of SM Foundation Inc., members of the academe, SM officials, clients and friends of the SM Group.

Last year he received an award as the Most Outstanding Civil Engineering Student of the Philippines 2016, given in Lanang, Davao City.
SM patriach Henry Sy, Sr. and members of the Sy family will present the graduates to the public. /PR

Read Next
Dads and their fondest memories of fatherhood