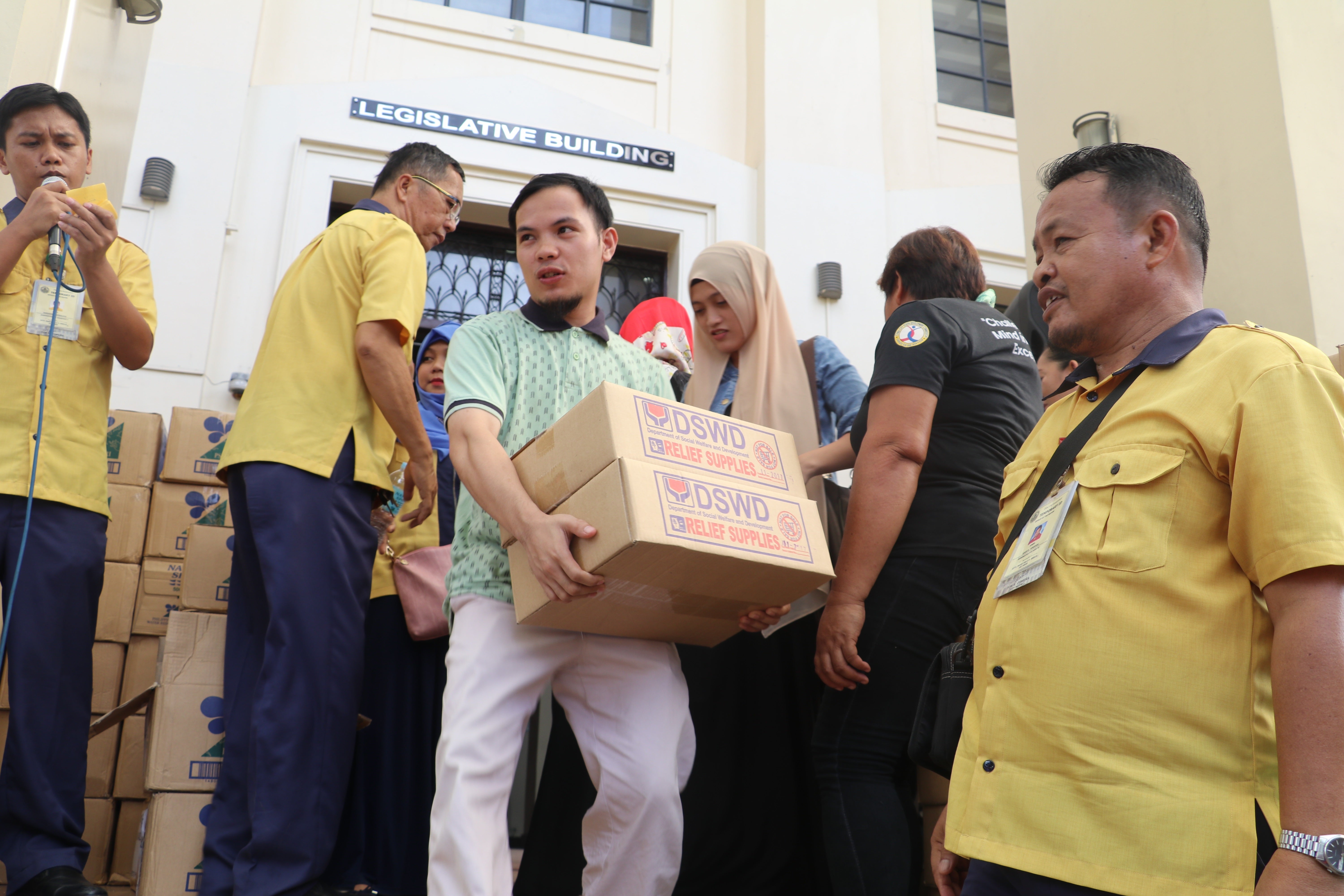 The Department of Social Welfare and Development in Central Visayas (DSWD-7) has already sent a total of 95,200 family food packs for the internally displaced persons from Marawi City.

“Through the Visayas Disaster Response Center (VDRC), we were able to improve the production of family food packs using the mechanized production system,” Macapobre added.

“We are also thankful to the volunteers, who offer themselves to help our staff in the production of the needed relief goods,” Macapobre underscored.
Recently, 93 students from the University of Southern Philippines Foundation, Cebu Technological University and Mandaue City College helped in the repacking and handling of family food packs.

Aside from the student volunteers, the members of the Armed Forces of the Philippines also rendered volunteer work for the continuous production in the VDRC.

“We are calling for more volunteers whether a private individual, organization and universities to help us fast track the production of relief goods,” Macapobre said.

Meanwhile, DSWD-7, through the Cebu City Government, distributed yesterday a total of 368 family food packs to the 184 families from Marawi City who are currently living with their relatives in Cebu City.

Each family received two family food packs from the DSWD-7 as well as non-food items from the Cebu City government.

The distribution was in coordination with the Office of the Muslim’s Affairs and Indigenous Cultural Community, Cebu City’s Department of Welfare of the Urban Poor and the City Disaster Risk Reduction and Management Office.