Taliño moves up to Camp Crame 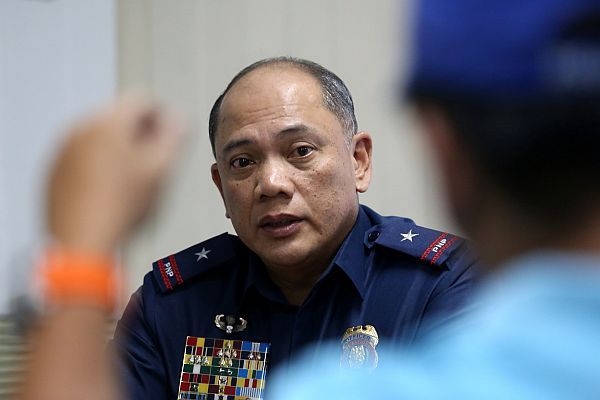 AS Chief Supt. Noli Taliño prepares to leave his directorship of the Police Regional Office in Central Visayas for a higher post in Camp Crame, he leaves the region with a heavy heart.

(I leave with a heavy heart as I have learned to love region 7. But this is also an opportunity for promotion and a higher rank.)

He served as director of the PRO-7 for just a year, but said Cebu will always have a special place in his heart.

Last Friday, Taliño received the order assigning him as the new head of the Human Resource and Doctrine Development (HRDD) in Camp Crame.
He thanked Police Director General Ronald “Bato” dela Rosa for the promotion.

Chief Supt. Jose Mario Espino, director of the PNP Supervisory Office for Security and Investigation Agencies, will take over as the new police regional director.

The turnover of command will take place at the Camp Sergio Osmeña on Monday.

(The cooperation of the people, because people here are very humble. Which means you can get along with anybody without a problem)

He said that even the high-ranking government officials in the region are not hard to get along with.

Taliño expressed gratitude to the people in the Central Visayas for the support they have given to the police.

Under Taliño’s watch, almost 10,000 drug personalities were arrested and more than 100,000 surrenderers.

On terrorism, some members of Abu Sayyaf Group planned to inflict harm in the region, but the PNP and AFP were able to neutralize all the members.

And despite series of bomb threats and the presence of ASG, the Association of Southeast Asian Nations (Asean) meetings in Bohol and Cebu were all successful.

Taliño expressed hopes that his successor would continue the programs he initiated especially in the war on drugs.

Read Next
Activate BADACs to educate young against drug use

TAGS: ‘CEBU CAN DO THIS’, camp, Cebu‬, Crame, moves, Taliño