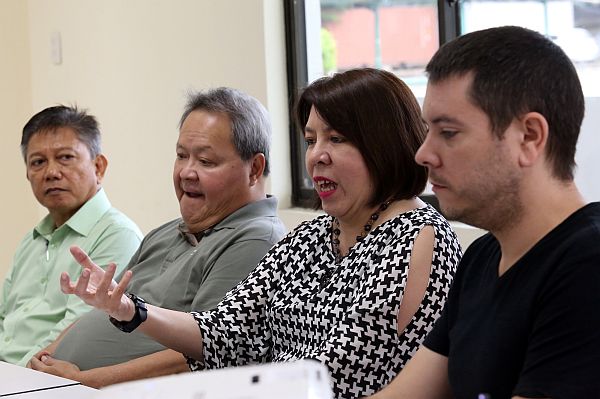 City Hall will go digital, the “ground zero” for the bid to hasten the digital transformation of business processes in Cebu.

Joel Mari Yu, Cebu City’s consultant on business and economic development, said this would be his new role, his goal, and he would do “everything in his influence” to start with City Hall in achieving this end.

“I am the business and economic consultant. What I do for (Cebu City Mayor) Tommy (Osmeña) is I handle foreign visitors, when there are World Bank people who come in, ADB (Asian Development Bank), I face them, when there are foreign business delegations,” Yu said after a media briefing on the upcoming Slingshot Philippines Cebu Conference, an initiative of the Department of Trade and Industry (DTI) to improve the capacity of enterprises and startups through digital innovation.

Yu said he is well aware of complaints on the never-ending bureaucracy in government processes, which he would rather see digitalized, compelling him to take on this added responsibility.

The government consultant said Cebu City slid down in Tholons’ global outsourcing list in 2017 because it was not fast enough in adapting digital innovation.

He said Cebu and the Philippines, in general, have little to no digitalization in its government processes from applying for a driver’s license or passport to registering one’s business.

“The convenience of customers is paramount. It’s time to digitalize everything,” said Yu.

Startups to be tapped

Yu said he will look at what he can do to bring about this transformation in government through the help of local startups and Cebu-based interest groups such as the Cebu IT-BPM Organization (CIB.O).

For Yu, it is not enough to streamline government services.

He said the end goal should be that customers will also be able to avail of these services from the comforts of their own homes.

With this, customers are able to do more productive things with their time, instead of queueing up for long periods in government offices.

He said this is the “utopia” they are trying to achieve, which most companies within the banking and financial, airline, and hospitality industries, among others, have been successful at.

Yu said that while some aspects of City Hall services are advanced, including a GPS (Global Positioning System) section, those that count, particularly permits and licensing, still lag behind.

He said one of the easiest to digitalize would be the issuance of the community tax certificate (cedula), which he described as among the most tedious processes in government services.

Yu said he has spoken to the city’s chief executive regarding the matter, but he admitted that there is still “a lot of ground left to break.”

He said the mayor still has some issues about the total digitalization of City Hall processes, considering how important the element of trust involved in people-to-people transactions is.

Another thing, Yu said, to consider is the number of government employees, who will lose their jobs if government services are all digitalized.

Furthermore, even if all government services are made available online, he said not everybody can access computers or the internet, which, he said, should be addressed along the way as well.Yu did not discount efforts on the part of the government to digitalize its services, although he said it was going at a slower pace compared to the Philippines’ neighbors.

Yu did not discount efforts on the part of the government to digitalize its services, although he said it was going at a slower pace compared to the Philippines’ neighbors.

Nonetheless, he said “partial” digitalization is still better than none at all.