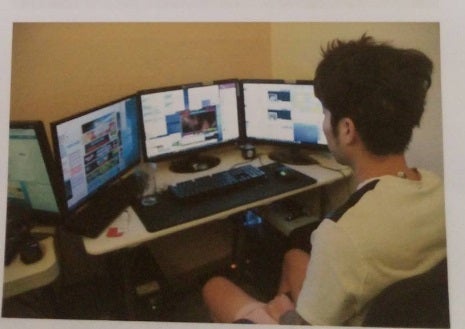 A picture from the NBI – 7 showing the software programs the suspects used to operate their illegal online gambling portal. (PHOTO BY/ MOREXETTE ERAM)

Six Korean Nationals are now facing complaints on cybercrime in relation to illegal gambling before the Mandaue City Prosecutors Office after they were caught in the act of manning and operating an online gamble portal without the license of a regulating body by the government.

NBI – 7 special investigator Arnel Pura told CDN that they only filed cases against 6 of them since the remaining seven were asleep during their raid.

All of the suspects remain under the custody of the NBI – 7.

Read Next
Best value finds only at Shopwise