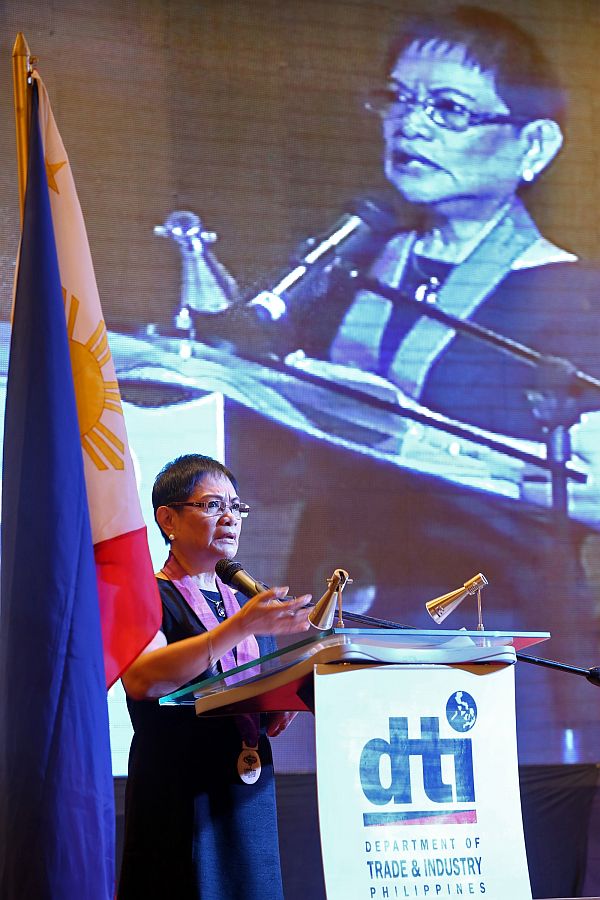 Nelia Navarro, Department of Trade and Industry Central Visayas officer in charge, discusses the cacao industry in the opening of the DTI Negosyo Mentor Me program in Marco Polo Plaza Hotel.

Having more tablea makers in Cebu can help boost the cacao industry in Davao, which is the largest producer of cacao in the country.

Nelia Navarro, Department of Trade and Industry Central Visayas (DTI-7) officer in charge, said that this is a way for the Cebu province to help in the government’s bid to achieve a competitive and sustainable cacao industry.

“Davao is known as the largest producer of cacao in the Philippines, but Cebu is known for its tabléa manufacturers,” Navarro said on Monday evening in a press conference for the upcoming National Cacao Congress next week.

The congress, the first one after the creation of the Philippine Cacao Industry Council, will be held at the Grand Convention Center in Cebu City on August 8 and 9.

Around 500 multisectoral stakeholders from all over the country will attend the event, which is aimed at presenting the 2017–2022 Philippine Cacao Industry Road Map, identifying gaps in the industry and how to address these challenges.

With 23,000 hectares planted to cacao, the Davao region accounts for 80 percent of national production. The rest of Mindanao produces 10 percent while Luzon and Visayas share the remaining 10 percent.

Cebu and Bohol, on the other hand, have very competitive chocolate manufacturers including Ralfe Gourmet, Tabléa Chocolate Café and Dalareich Tableya.

In particular, Cebu is home to Raquel Choa, dubbed as the Chocolate Queen for her innovative approaches in developing cacao.

“We Cebuanos are known for our creative talent. That’s ours to claim. Davao is really known for agriculture. But those from Davao say they want more manufacturers in Cebu so they can sell their produce here,” said Navarro.

Navarro said there is a need to increase the production capacity of existing manufacturers as well as encourage the entry of players here.

She said the increase in chocolate production would help boost the demand for raw cacao within the domestic market.

Even so, she said they still hope to turn Cebu and the rest of Central Visayas into cacao farming areas in the future.

There already are more than 2,000 hectares in Cebu planted with 21,000 fruit-bearing trees, while there are more than one million nonbearing due for rehabilitation, based on data from the Department of Agriculture.

Navarro said 60 farmer associations and four cooperatives are planting cacao, which signifies an increasing interest in the plant due to its high market potential.