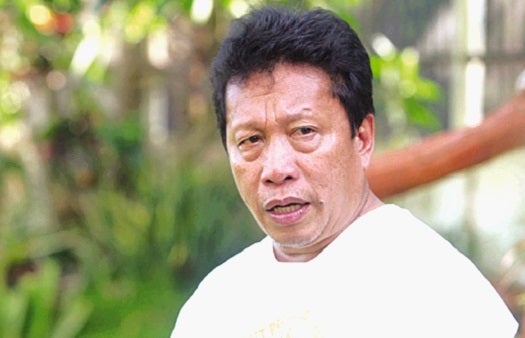 Except for Tuburan Mayor Democrito Diamante who flatly denied involvement with an alleged corrupt group operating at the Bureau of Customs (BOC), the three other personalities in Cebu linked to the shady cartel at the BOC chose to remain silent.

Cebu Customs Collector Elvira Cruz, who was identified by Sen. Panfilo Lacson Sr. as among the BOC officials and employees who are allegedly receiving payola from smugglers and other importers through a “Tara” system, begged off from issuing a statement to the media.

“No comment,” was her only response to a local television crew that wanted to interview her on Thursday.

Cebu Daily News visited her office yesterday but was told that she was in Manila.

Cruz, who is often accessible to the media, did not answer text messages sent to her phone.

The Cebu Customs collector was included in Lacson’s long list of BOC personnel who allegedly received bribes from smugglers.

Lacson also identified at least 44 bribe givers or “players” at the BOC. Among them were a certain Diogenes “Dennis” De Rama, Marty Pimentel and Jun Diamante — names that can be traced to some personalities in Cebu.

Cebu has a Diogenes De Rama who served as former mayor of Boljoon; a Marty Pimentel who owns a cargo and freight company; and an incumbent Mayor Democrito “Aljun” Diamante of Tuburan, a municipality 96.7 kilometers north of Cebu City.

Cebu Daily News tried to contact De Rama’s nephew and now Boljoon Mayor Merlou De Rama, but he did not answer the calls.
There was also no response from the Pimentel Customs Brokerage.

Diamante was the only personality among those with the same or similar names mentioned by Lacson to come to the open and deny the allegations.

Diamante, in an interview with Capitol reporters, said he used to own businesses such as cargo forwarding, trucking, logistics and brokerage since 2000 until 2010.

But when he was elected mayor in 2010, he said he let go of these businesses to focus on his political career.

Diamante refused to name the new owners of his businesses but stressed that they are not his relatives.

When he was still running his businesses, Diamante said he was never involved in “under the table” transactions with Customs officials.

“I don’t deny that I am a businessman with companies on cargo forwarding, trucking and brokerage. But there was no single instance that I or any from the company offered to bribe Customs officials or employees,” he said.

“No Customs officials approached me to ask for bribes. If there is an exchange happening between us and the Customs, it is only during special occasions, like giving of gifts during celebratory occasions,” he added.

Diamante said they paid the necessary fees to move their products and services outside the country.

He said he must not be the same person alluded to as bribe giver by Lacson, as he was never called “Jun Diamante.”

“People call me by my nickname Aljun, not Jun,” he said.

Nevertheless, Diamante expressed willingness to undergo an investigation if only to clear his name.

“If ever my name will be called to answer any questions (by Senator Lacson), I am willing to attend because for me, I have nothing to fear since my conscience is clear,” Diamante said.

The town mayor was, however, dismayed that Lacson dragged his name into the BOC corruption controversy.

“From my point of view, there are just some people who want to humiliate others, but I believe everything is just politically motivated,” he said.

Resigned Customs Commissioner Nicanor Faeldon, who led the list of BOC personnel who according to Lacson received bribes from smugglers, fired back at the senator, accusing the latter’s son of “smuggling billions-worth of cement” into the country.

Faeldon, in a televised press conference on Thursday, alleged that the BOC has uncovered 67 shipments of “smuggled” cement worth billions of pesos belonging to a company named Bonjourno, owned by Lacson’s son and namesake Panfilo Lacson Jr.

The latest smuggled shipments, Faeldon said, were reported to him last July 12, 13 and 15.

(The total of the three shipments in just three days was P106 million. The identity of the owner, I checked it today. Remember, I raised an alert when it was reported to me. The owner went there and introduced himself as Panfilo Lacson Jr.)

The former commissioner said the shipments were undervalued by more than half of its actual cost since Lacson’s son allegedly paid $8 per metric ton when the prevailing market price was between $16 to $20.

Faeldon called for the press conference after Lacson delivered a privilege speech in Senate accusing the resigned Customs chief of receiving P100 million in “pasalubong” (welcome gift) when he joined the BOC.

But Faeldon said that after checking the background of Bonjourno, the BOC found that it only had a paid-up capital of P20,000 in 2015.

“How can he afford P106 million in just three days? Three ships of shipment, but ladies and gentlemen, these are only initially three ships,” he said.

“I had it checked in our system, and since I assumed office, about 67 ships Ping Lacson Jr. had already shipped. This is worth a billion (pesos). Now, what Senator Lacson is saying that there was a player, I should ask you this, Senator Ping Lacson: Are you a player?”

“This is what you should worry about, sir, because we are nearing, we are getting close to getting you, to exposing you. We have now evidence.”

Faeldon also claimed that Lacson’s son had personally brought money to the Custom’s office, in what he said was an apparent attempt to bribe his staff.

“Panfilo Lacson Jr. brought money. … He’s a long-time importer. … What’s the meaning of this? Is he trying to bribe my staff? They want me out of (the) Bureau of Customs because they don’t want this to come out,” he said.

In response to the allegations, Lacson said Faeldon should have sued the former’s son.

“First, I have nothing to do with my son’s business activities. Second, there is no smuggling of cement as it is not subject to customs tariff and duties but only subject to VAT, which my son said when I checked with him just now, they always pay,” Lacson said in a statement.

“Third, he (Faeldon) should have filed charges against my son if he now says he’s into smuggling,” he said.

If Faeldon’s allegations against his son were true, then Lacson said he would not have exposed the alleged shenanigans at the BOC.

“It doesn’t make sense that I will expose the shenanigans in the BOC, if my son is cheating on taxes as Faeldon is now accusing him of. The logical thing for me to do is not to make the exposé and just keep quiet,” Lacson said.

“For the record, I have always reminded my son to be on the level in whatever business dealings he would have because if not, I’ll be the first one to castigate him and even initiate filing of charges against him,” the senator added./with reports from The Inquirer

TAGS: belies, BOC, cartel, Cebu‬, chief, comment, Diamante, giver, has, IM, in, links, mayor, mum, No, no bribe, opt, TARA, to, to stay, Tuburan, while others