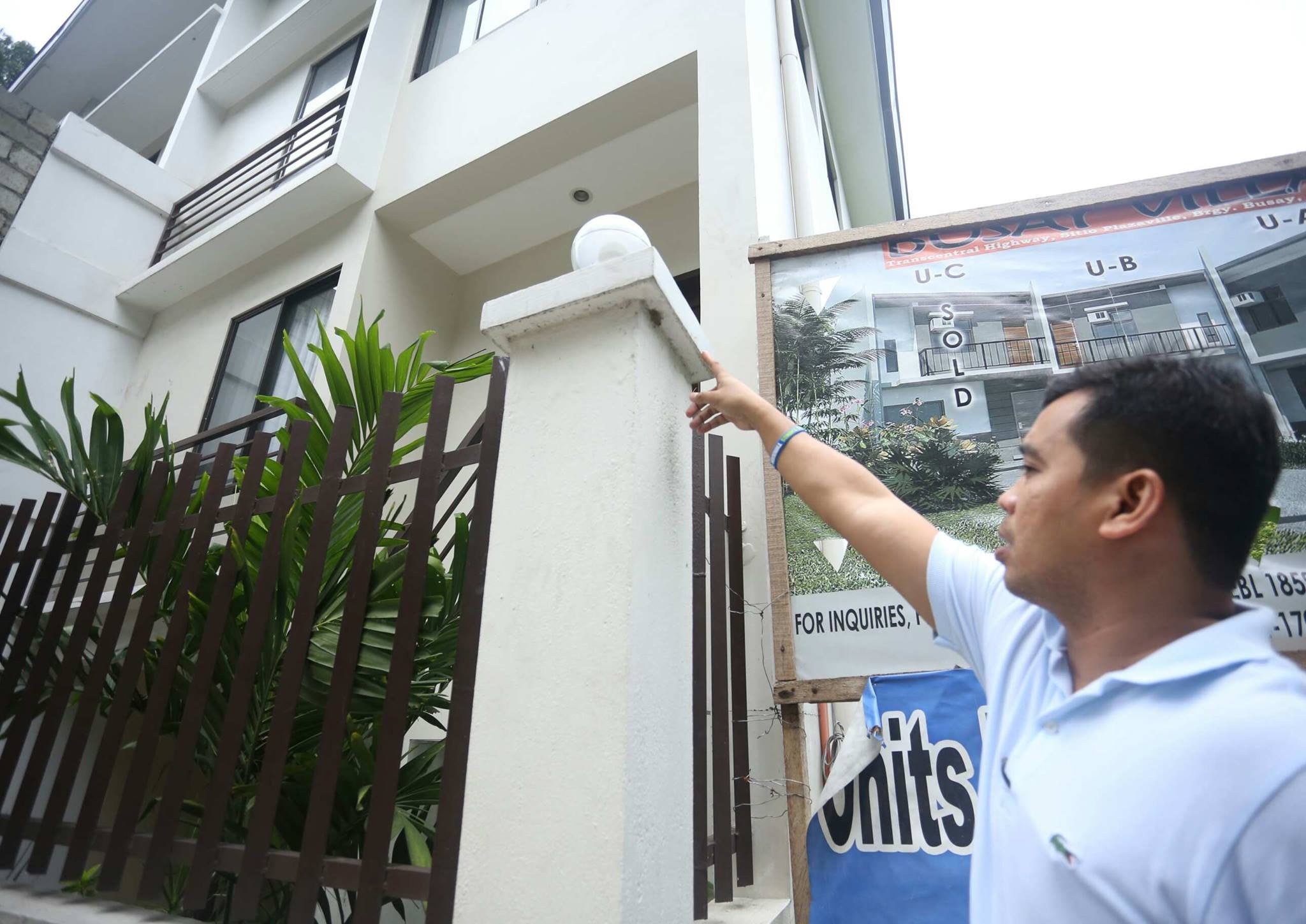 BOLONGAITA MURDER/SEPT 21,2017: Supt. Ryan Devaras IDMB Chief point to the hand marks on the wall of the apartment of Maxi Bolongaita were a certain Renante Mambias in Barangay Busa. (CDN PHOTO/LITO TECSON)

An autopsy on the body of Marie Alexi “Maxi” Bolongaita revealed that she was not raped.

This debunked earlier fears of molestation after her bloodied body was found half naked inside her house in Barangay Busay.

The Cebu City Police Office (CCPO) released a report of the autopsy conducted on Bolongaita, who sustained two gunshot wounds on her chest last Thursday.

Bolongaita was killed by Reynante Mambiar, whom police described as a notorious robber.

Supt. Ryan Devaras of CCPO Investigation and Detection Management Bureau (IDMB) said that robbery was the primary motive of the suspect.

“Based on the circumstances, the suspect robbed the victim. Upon our interview with the suspect, he admitted that he is only aiming to rob the victim,” Devaras said.

According to a police investigator who refused to be named for lack of authority, while Bolongaita was asleep, the suspect got the cellular phone and tablet of the victim.

The police said the suspect tried to rape the victim afterwards, but the latter woke up and fought back.

This explains why the victim was already half naked when her body was found, the police added.

Veteran broadcaster Alex Bolongaita described his daughter, Maxi, as a very positive and jolly person.
“She is full of life,” Alex said.

Alex said that the 29-year-old disc jockey and call center agent was not only his daughter but was also his best friend.

He said that Maxi spoiled him with books and movies.

He reiterated that the family will seek justice for his eldest child.

Meanwhile, Devaras said that a complaint for robbery with homicide will be filed against Mambiar on Monday.
Mambiar was subjected to a paraffin test.

Devaras also said that after the autopsy, the victim’s hands were also subjected to a paraffin test.

(As a proof. It will serve as one of our evidences in filing a case. And also to find out what really happened.)

According to Devaras, Mambiar said he used a .38 caliber gun in shooting Maxi.

The police officer said that the .22 revolver recovered from the crime scene could be that of the victim’s.

“It’s possible that the victim was able to shoot the suspect since the latter had a gunshot wound on his right cheek,” Devaras said.

Read Next
Garganera: No program to solve flooding