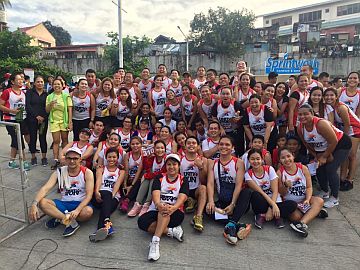 ERIC Chipsiror and Lizane Abella topped the 10-kilometer open category of the Hotel Resort and Restaurant Association of Cebu, Inc. (HRRACI) Unity Run 2017 at the Vibo Place in Escario Street in Cebu City.

The Kenyan Chipsiror dominated the men’s 10k open race in 31 minutes and 37.49 seconds while Abella topped the distaff side by clocking 40:13.79.