MARIBEL Salandron learned hablon weaving from her mother when she was 14 years old.

She had to acquire the skill since she only finished elementary education.

(It is our livelihood. Back then, our parents did not allow us to study, saying no one gets rich by going to school.)

Today, Salandron, 38, a native of Barangay Lamacan, Argao, is one of the hablon weavers in the town.

Salandron was weaving a two-meter shawl while speaking to Cebu Daily News last Saturday at Cebu Technological University (CTU)-Argao Campus where the Extension Office for hablon operations in the town is located.

The Extension Office has at least 20 weavers who work in making hablon products. Many items are produced out from hablon. These include shawls, towels, garlands, shoes and even gowns.

Salandron makes at least eight shawls a day and earns more than P2,000 a week. Hablon weaving is her main source of income as she helps her husband Alejandro, a corn mill worker in raising their family.

The couple has a daughter, Krisley, a third year student taking up Bachelor of Education (Secondary) at CTU-Argao Campus.

(She does hablon weaving if there are no classes or when on vacation. It can help buy what she wants for school.) 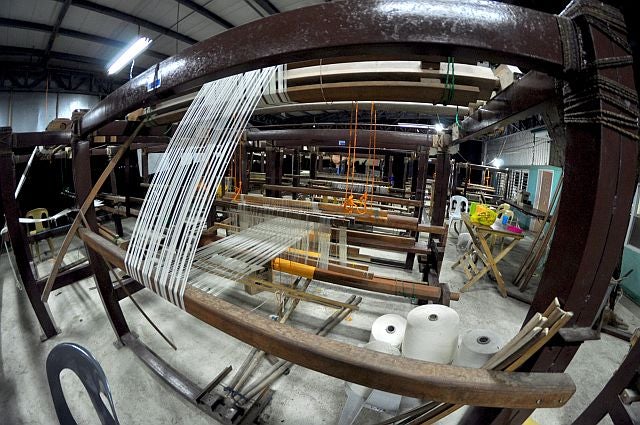 First step in making hablon is warping or the process in collecting strands of fiber. Jima S. Bejagan, assistant professor at CTU-Argao who also helps the Extension Office, said that the threads will be rolled in a frame and counted handwoven. After warping, threads will be mounted at the handloom machine.

The handloom machine is used for weaving. Next step is called heddle that separates warp threads from the shuttle. “Kada strand i-suksuk sa ’kughon’ or heddle. Duha na siya ka heddle. Pirmiro ari ka sulod sa babaw and next sa ubos,” she said. After heddle is the reeding or “suluran” in Argaoanon term.

Using “bagakay” or a small bamboo hook, threads will be inserted at the opening of the metal reed. The bamboo hook is the holder of the thread. The weaver will then tie-in at the end of the threads.

The last step is weaving in which weavers will step into pedals to make fabric from threads which will be interlaced on a loom. 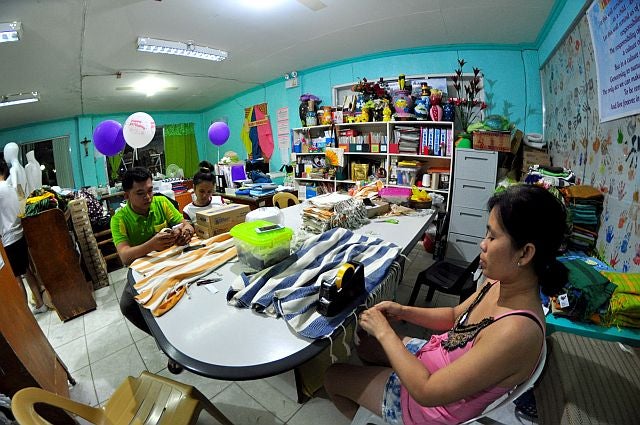 Hablon is a by-product produced in a traditional process of weaving known in the town of Argao. It is made of local fibers such as piña, abaca, and cotton. It comes from the world “habol,” which means blanket. Materials called “Tingkal” were used by weavers to weave blanket before.

Weaving is part of Argaoanon’s history and culture which started during the Spanish era.

Teresita Cleopolda B. Sarile, chairperson for Extension Services said that hablon was present inevery household in Argao. The traditional weaving was done by women in Argao while their men focused in fishing and farming as sources of livelihood.

From the research, they found out that most of the women weavers in Argao are at least 40 years old. One of the reasons why only few young women hablon weavers are left is because the product is not economically viable.

To continue the traditional weaving especially for the younger generation, they conducted hablon weaving trainings to 25 students at CTU-Argao in 2014.

Since hablon weaving is part of Argao’s culture, they also want to revive the industry which started in 2013 through a pagent named, “Dalagang Argaoanon” with the help of local government units (LGU).

(All were handwoven. It was introduced not as a towel and abaca but as a fabric turned into gowna. We entered the fashion industry with the help of Dexter Alazas.) 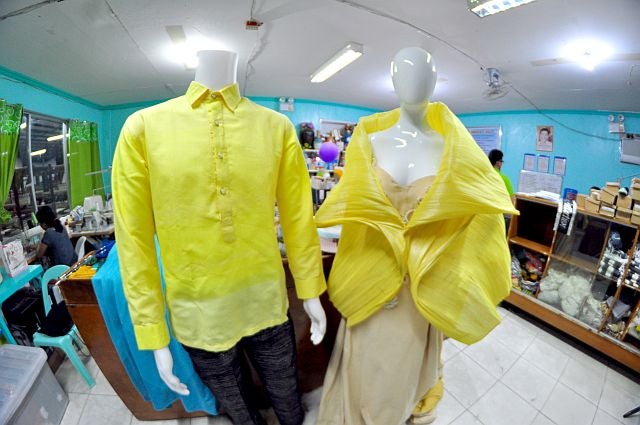 Alazas said he is open to collaboration with other local designers to promote the hablon industry in Argao.

“We are encouraging everyone–the designers, manufacturers, furniture makers… Hablon has a potential not just for fashion but for furniture or decor. It is not only limited with scarfs. We have this industry and we want to use local and love local,” he said.

The demand for Hablon deCebu continues and is set to be showcased during Manila Fashion Festival in October.

“This is something we can innovate and call our own since we are all Cebuanos. I am an advocate of local materials,” he added.

As the hablon industry in Argao is continuously promoted, shawls like polyester, hand painted cotton, and ponchos are now being sold in Rustan’s in Manila, says Bejagan.