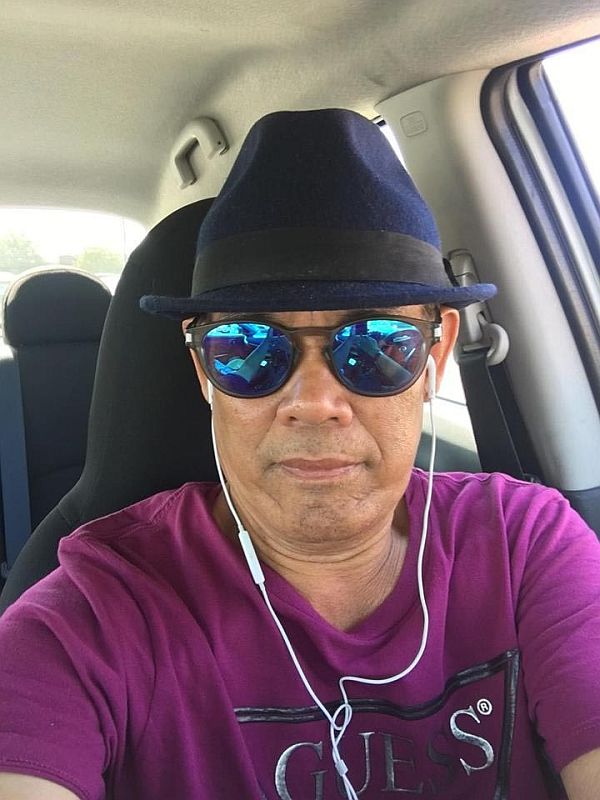 TAGBILARAN CITY, Bohol — Tales of heroism have emerged in the aftermath of the Las Vegas mass shooting, which left 59 people dead and more than 500 injured.

One of them involved Bohol-native Winifredo Balbido Maquindang, 66, who works as a taxi driver in Las Vegas.

He brought six wounded victims on his taxi to the hospital after shooting, speeding through the red lights to ensure that they would get medical treatment as soon as possible.

Maguindang was just four days in his new job as a taxi driver of Yellow Checker Star Transportation, one of Nevada’s largest taxi cab businesses, when he decided to wait for customers in front of Mandalay Bay Resort and Casino in Las Vegas while the music festival was ongoing last October 1.

Then bursts of gunfire were heard which he thought at first were fireworks.

During the third round of gunfire, he realized that these were not fireworks as broken glass of the 32nd floor of the hotel started to fall.

After Stephen Paddock, 64, of Mesquite, Nevada, opened fire on the crowd of 22,000 people attending the Route 91 Harvest Festival, some were too frightened to move.

As a stampede broke out, Maquindang said he saw bodies on the grounds amid deafening sounds of screams and cries.

He saw how some concert goers were so afraid that they did know know what to do.

Some people stepped up to help, including Maquindang who carried six injured people inside his taxi.

He said his taxi could only fit four, but he was able to bring in six wounded victims and rushed them to Sunrise Hospital, at least 80 miles or 30 minutes away from the area, for medical treatment.

He drove as fast as he could without stopping for red lights.

He said he thought about going back to the area to bring more injured people to hospital.

But he was worried about what his boss would say or if his cab would be damaged during the commotion. So he decided to go home.

Six days after the incident, Maquindang said he didn’t know what happened to the people he brought to the hospital.

“Pero wala ko kalugar pa karun para makahibaw ko unsay condition nila karun (I don’t have time yet but I like to visit them to find out their condition),” he said.

Maquindang, who hailed from Poblacion Sawang in Loboc town in Bohol province, has been living in United States of America for 47 years.

His family lives in Los Angeles, California, but he relocated to Nevada in Las Vegas after he was hired by the taxi company.

Maquindang was hailed among the heroes of America’s worst mass shooting.

“My dad was caught in the middle of the shooting in Las Vegas. Even though I know he’s safe, watching this video of him with all the gunshots in the background scares me so much. He was working that night by Mandalay Bay and transported those who were wounded to the hospital. So thankful he’s safe and proud of him for saving lives. Love you Dad,” she said.

But for Maquindang, he was just doing the right thing.

“Basta makatabang lang ta sa atong isigkatawo (As long as we can help other people)” he said.

Read Next
The church of St. Francis