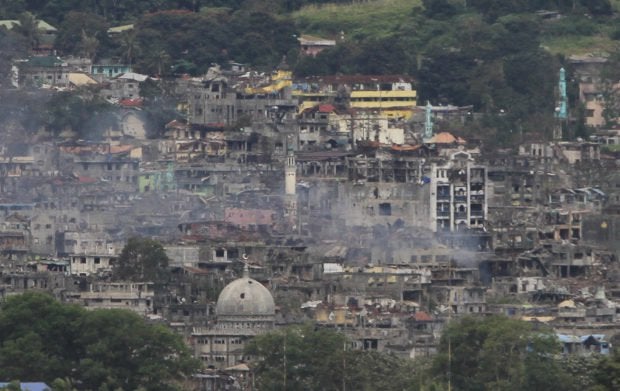 Recto said the P15 billion, on top of the P10 billion that is already in the 2018 national budget proposal, can be included under the Unprogrammed Appropriations portion of the P3.76 trillion budget measure.

In case the P10 billion for Marawi would not be enough, Recto said his proposal would cancel the need for a supplemental appropriation bill.

The senator noted that Defense Secretary Delfin Lorenzana had announced “at least P50 billion” would be needed to rebuild Marawi, which he described “as more damaged than Mosul,” the northern city in Iraq recently liberated from ISIS, also the name for Islamic State.

The senator explained that under budget laws, amounts authorized under Unprogrammed Appropriations can only be released when tax and non-tax revenues exceed collection goals, or if loans for a particular activity are secured.

Recto believes that these “two triggers” will be satisfied as “there is a high interest from donors of official development aid, or ODA, and our economic managers are gung-ho in meeting revenue targets.

“Thus, in anticipation of any of these, what Congress can do is provide the spending authority in the General Appropriations Act, which the executive branch can later use,” Recto said.

He explained that Unprogrammed Appropriations, which was pegged at P75.34 billion for 2018, “is a regular, important, but not so prominent feature of the budget. It is the hidden big ticket item.”

“We can rearrange, revise the components of the unprogrammed fund to accommodate the needs of Marawi, which must be prioritized,” he added.

In battling for a bigger “Bangon Marawi Fund,” Recto pointed out that Marawi had given Mindanao “knowledge and power” worth hundreds of billions of pesos over the years.

“Let us always keep in mind that Marawi is the capital of the province where Lanao Lake is, which is the source of about 40 percent of Mindanao’s power supply,” Recto said.

It is also where the main campus of the Mindanao State University is located, Recto added, referring to the “UP (University of the Philippines) of the South” which has produced thousands of graduates since its founding in 1961.

“Marawi is both a source of light and enlightenment. Thus any aid package should be viewed within that context. To a large extent, the aid we will be giving is some sort of a payback,” the senator said.