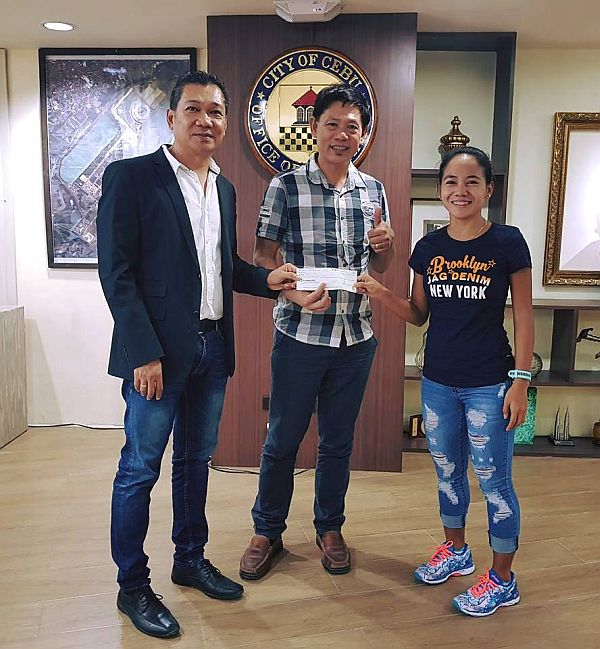 “It’s really timely because I am leaving on Monday,” Tabal told Cebu Daily News. “I am very thankful to Mayor Tommy Osmeña and to Councilors Guardo and Gabuya for making this happen. They urgently handed over the check when they learned that I will be flying to Tuscany, Italy.”

According to Tabal, training abroad is quite expensive. Her stint in Italy last June and July for the SEAG, costs around P2 million. She said the P500,000 financial assistance from the Cebu City government is a big help for her even though she has a very supportive corporate backer, the MotorAce Philippines, which paid for her international training.

Before she won the SEAG gold last August, she spent two and a half months in Tuscany, Italy, and Saint Moritz in Switzerland to train. She has a three-year training program there and other places abroad like Kenya and Japan as part of her preparations for the 2018 Asian Games in Jakarta, Indonesia, and the 2020 Olympic Games in Tokyo, Japan.

Tabal said she will return on the last week of November to try to annex an unprecedented fifth straight women’s title in the 41st National Milo Marathon on Dec. 3 in Cebu. She will return to Tuscany, Italy, in January.