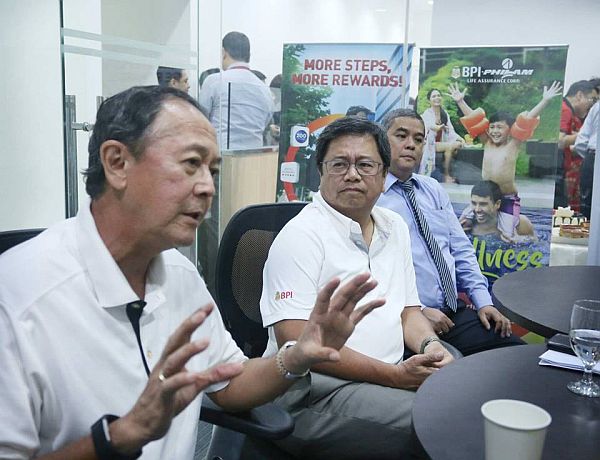 This is to take advantage of the opportunities that go along with this growth.

Cezar “Bong” Consing, BPI president and chief executive officer, said they will put up three additional branches in Cebu before the end of 2017, noting that the province is a very important market to them.

“Growth has been quite good. Cebu tends to grow faster than other areas, whether in loans or deposits,” Consing said in a roundtable discussion with local media on Monday.

The BPI president was in Cebu City earlier this week to host a golf tournament for clients as well as to meet with other stakeholders.

During the discussion with reporters, Consing said the bank has more than doubled its operations in Cebu in the last five years.

To date, the bank has 32 commercial branches and four BPI Family Savings Bank branches in Cebu.

The bank has a commercial unit, under which are corporate and business banking; the family bank for retail and consumer loans; and BanKo for microfinance.

BPI will open one commercial branch each in Bogo City and Toledo City as well as one Family Savings Bank in Carcar City.

“All businesses across different industries are growing, both the traditional and non-traditional ones. There is so much business confidence here and we are riding on that,” Consing said.

Established in 1851, the Philippines’ oldest bank still operating, now has a total of 673 BPI branches and 156 Family Savings Bank branches all over the country, most of which are concentrated in the Luzon area.

Tracing back the bank’s roots, Consing said BPI first opened its first branches outside Metro Manila in the south where Philippine commerce began.

“The growth of Cebu shows that the south is coming back and we just want to address that,” he said.

Consing described Cebu as a microcosm of the bank, adding that they have seen growth in terms of assets, loans and deposits over the last few years.

Remittances, payments, and capital market are some of the most meaningful outside Metro Manila, he said.

This goes to show that more local businesses are expanding operations and needing professional banking services.

Montecillo said that by January 1, 2018, they will announce a segment under BPI called the business bank, which will cater to small and medium enterprises (SMEs).

“This is important because this means we are taking the SME segment seriously. Not only are more SMEs becoming bankable, they are also in need of financing,” he said.

The bank official estimated that at least 90 percent of their clients are SMEs, pointing out the vast potential in the market.