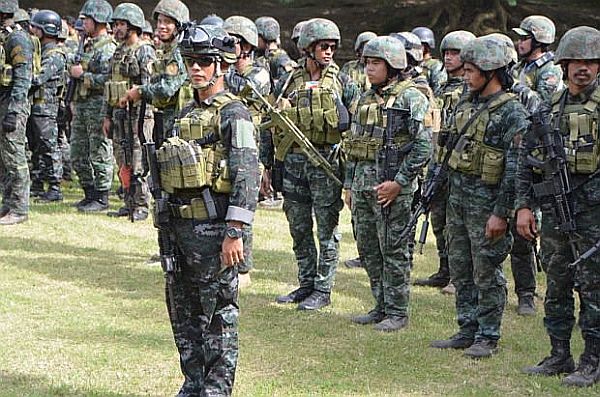 The Philippine National Police is giving out spot promotions to close to 500 SAF men who fought against Maute Group members in Marawi City.
/Inquirer file photo

Nearly 500 Special Action Force (SAF) commandos who fought in Marawi City will be promoted to a rank higher and will be entitled to a one-month vacation, Philippine National Police (PNP) chief Director General Ronald “Bato” dela Rosa promised the troops on Wednesday.

Dela Rosa announced this during the Heroes’ Welcome for the troopers at the SAF headquarters at Camp Bagong Diwa in Taguig City.

Dela Rosa, however, apologized to the officers who participated in the battle holding the rank of Police Superintendent as they will not be entitled to a spot promotion.

Aside from the promotion, Dela Rosa asked SAF commander Police Director Benjamin Lusad to allow all 496 SAF contingents in Marawi to go on a one-month break.

In an ambush interview after the program, Dela Rosa said Lusad gave him the assurance that there will be enough troopers for the Association of Southeast Asian Nations (Asean) in November so the 496 troops can have a vacation.