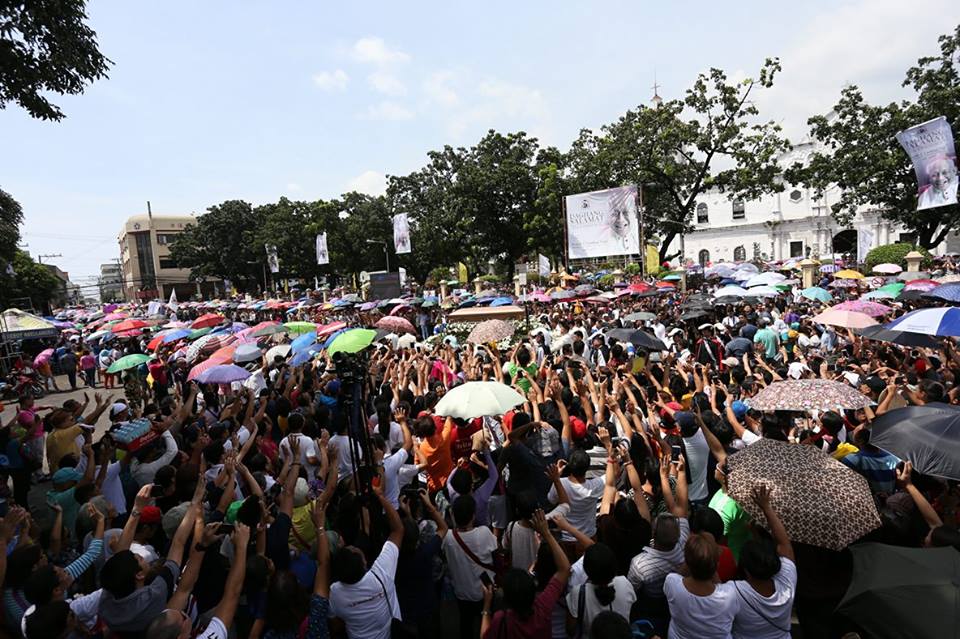 ABOUT 55,000 attended the funeral procession and burial of Cebu Archbishop Emeritus Ricardo Cardinal Vidal on Thursday.

Cebu Metropolitan Cathedral opened at exactly 7 a.m. and 5,000 people were already waiting outside. The number steadily rose in the next few hours.

“We were able to pull off what we have plan for security,” Doria said.

The Cebu City Disaster Risk Reduction Management Council Office listed at least 10 people who fainted during the mass and procession.

Read Next
Snatcher mauled by bystanders