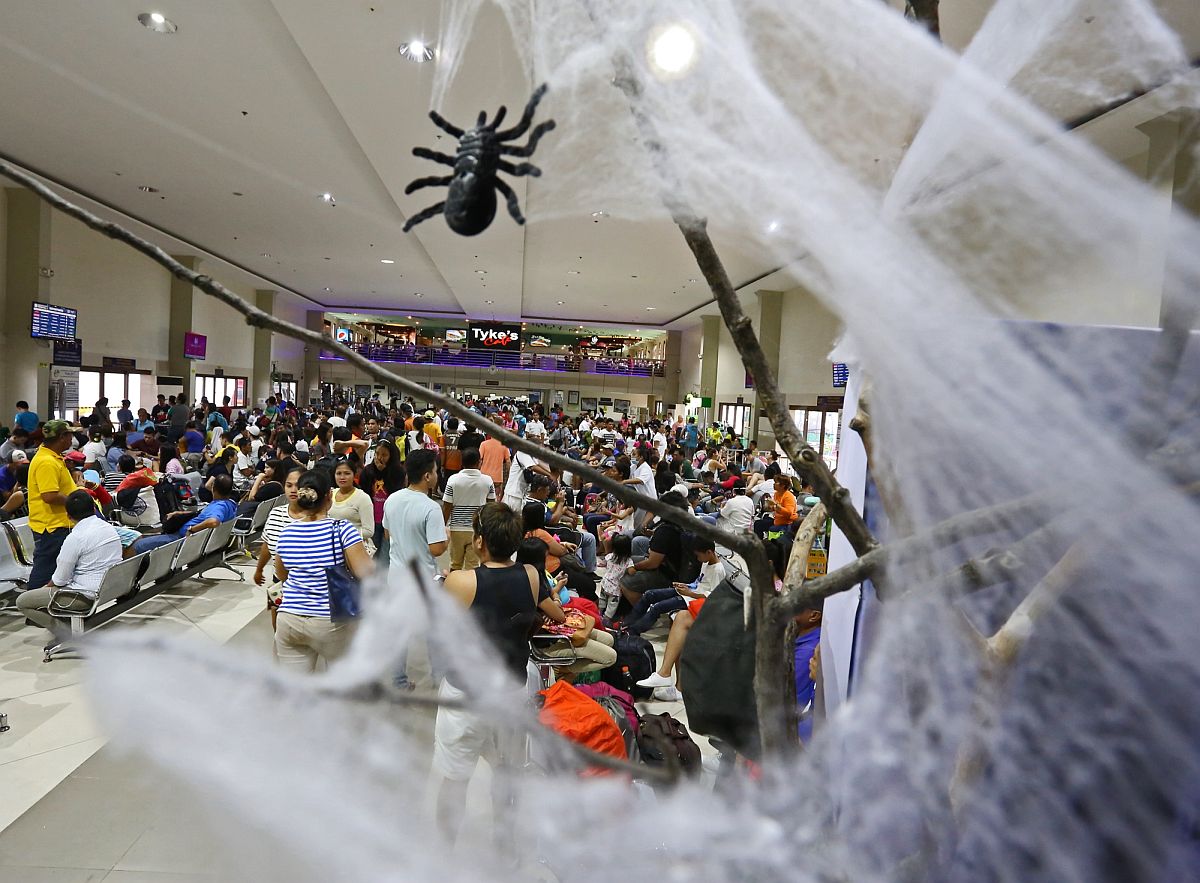 Travelers have started crowding Cebu ports and bus terminals on Monday, a day before the start of the two-day special nonworking holiday in celebration of the All Saints’ and All Souls’ Days.

Ensign John Manuel Alip, deputy commander of Philippine Coast Guard (PCG) Cebu Station, estimated the travelers who left and arrived at the ports of Cebu yesterday to have reached at least 50,000.

The average number of travelers was estimated only at 19,000 per day last week.

“We deployed additional personnel at the port areas. We are also tapped the help of the Coast Guard Auxiliary in securing ports all over Cebu (province),” Alip said.

Alip said they started to implement their full alert status on October 26 to especially discourage overloading. This is expected to continue until November 6.

He said that they are also getting help from the Philippine National Police (PNP), the Armed Forces of the Philippines (AFP) and the Maritime Police.

Alip is also appealing to travelers to refrain from taking unregistered sea vessels to their destinations for their own safety.

The management of the North Bus Terminal located in Mandaue City said they were expecting around 30,000 passengers on Monday. But the bulk of the travelers were expected at nighttime since most of them were still at work during the day.

Lydia Evangelista, 58, was among those who crowded the terminal on Monday afternoon.

Evangelista, who is staying with relatives in Minglanilla town, south Cebu, was on her way home to Barangay Tindog in Medellin town located around 116 kilometers north of Cebu City.

She said that she did not have to wait long to get a ride because of the availability of buses at the terminal.

To ensure the safety of their passengers, they also deployed 24 security personnel to work on two shifts per day and made sure that the terminal’s 12 CCTVs are functional.

At the Cebu South Bus Terminal (CSBT), the management is asking commuters to refrain from carrying with them alcoholic beverages, bladed weapons and butanes to facilitate their immediate access into the terminal located along Natalio Bacalso Avenue in Cebu City.

Terminal Manager Joey Herrera said that prohibited items are confiscated prior to a passenger’s entry at their facility.

Agustin also led the distribution of leaflets on how to achieve a safe travel and how to ensure safety while inside cemeteries.

Read Next
Bato: Cops who hang out in casinos will be probed