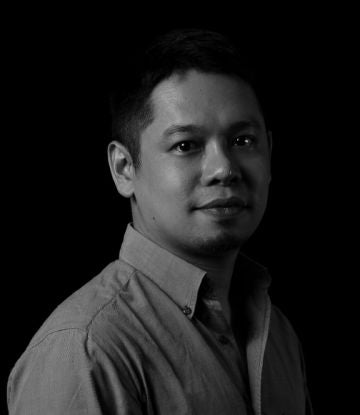 There are a few things I would like to take up on the subject of six degrees of separation, an idea that “all living things and everything else in the world are six or fewer steps away from each other so that a chain of a ‘friend of a friend’ statements can be made to connect any two people in a maximum of six steps” (Wikipedia).

It seems that we’ve become a society that easily imputes guilt on someone because of who they’re friends with or related to. I’d like to remind some readers that we shouldn’t be too quick to write off or brand someone as “Yellow” or “anti-Duterte” (or pro-Duterte, for that matter) because of their connections.

I rebroadcast the first anniversary episode of my show “Open Mike” yesterday in honor of Boy Abunda, a dear friend, mentor, and confidant of mine, whose birthday was last October 30. He was my guest for that two-part special.

I make an urgent appeal to everyone: let us not be simpleton in our outlook and appreciation of things. Context is key. Surely, if you look for it, you will always find a relation to someone or something we either like or abhor.

The other week, a self-styled fact-checker on Twitter, as he attacked Thinking Pinoy blogger RJ Nieto, called me “a paid hack of Grace Poe.” This lazy fact-checker who tried to associate me with Thinking Pinoy because of our now-infamous photo outside Senator De Lima’s office, calling me RJ’s “bosom buddy,” based his accusation on a photo with Grace Poe I posted on Facebook, taken before she declared her intention to run for president in the 2016 election.

Is this enough to confirm that I am under her employ? Of course not. But for Mr. Fact-Checker, it’s sufficient “proof” because it links me to Grace Poe. Never mind that I had worked with her in the MTRCB (I was a board member while she was chairman). Never mind, too, that though she had initially invited me to officially join her campaign, I chose to campaign independently — for free — for then Mayor Digong Duterte. I did recommend some people who eventually worked for her, including youth volunteers who genuinely believed in her, and there wouldn’t have been anything wrong with me working for her campaign (I am a political consultant, it’d been part of me earning an honest living), but fact is, I didn’t.

Can’t I be friends with an ex-colleague? By the way, I was appointed to the MTRCB by President Gloria Macapagal-Arroyo, who beat Grace Poe’s dad in 2004. And this is where the effort to link me to Grace based solely on one photo just crumbles. My associations are too complicated and nuanced to be reduced to one photo with someone I used to work with.

I mentioned Thinking Pinoy. You know, I respect RJ a great deal and admire all the work he puts into his research and exposés, but even as I sat there beside him at the Senate hearing on fake news, being on the same side of things as regards that photo of ours the opposition senators find offensive, I strongly disagreed with him on the issue raised by Kiko Pangilinan and Bam Aquino earlier that day. And this is in relation to Thinking Pinoy’s exposé naming Niña Terol as the link between Cocoy Dayao (the web administrator of the anti-Duterte pages that published allegedly libelous attacks against seven senators) and Pangilinan and Aquino.

Thing is, Niña Terol is my first cousin, and while it is correct that she used to work in the senate offices of Kiko and Bam, she is not the type to write vicious attacks against others like that. I’ve known her all my life and she is one of the most principled and upstanding people I know, a paragon of positivity. So I told Thinking Pinoy that as regards Niña, we would just have to agree to disagree. Besides, I can make a million other connections between Dayao and Kiko and Bam; Noynoy Aquino is one. Dayao worked as Malacañang’s web security consultant when Noynoy was president; Noynoy is LP, Kiko and Bam are LP. There, another connection.

While we’re at it, since we’re factoring in connections, might as well throw Niña’s maternal grandparents into the equation, grandparents we share being first cousins. Niña’s grandmother is a Duterte whilst her grandfather is a Lopez-Romualdez. Surprise, surprise — despite being friendly with the Yellows, Niña is actually blood relatives with President Duterte and Imelda Marcos and her children. See, a lot more complicated than connecting her to her former Liberal Party employers.

Speaking of our grandparents, perhaps it’s easier for us to navigate through these nuances because our family is quite used to it. During the elections of 1969, our grandparents were rooting for two different candidates for president. My grandmother Caridad Duterte Del Mar-Lopez was for her Rosales-Chiong Veloso cousin Serging Osmeña while my grandfather Captain Generoso Lopez was for Ferdinand Marcos whose wife Imelda is his cousin.

I guess it’s because of this that we’re able to go beyond the silliness and pettiness of boxing people based on who they’re friends or related with. It’s seven or so generations of this, so we learn from genetic memory and family tradition.

I’ll leave you with a little-known fact. Remember in 2010 when Imelda Marcos was all over the headlines because she was shopping in Divisoria/168? It was on CNN, TV Patrol, etc. — “Imelda Marcos, bargain shopper!” While shopping in “Divi” is really newsworthy considering she is Madame Imeldific herself, I believe the identity of her constant shopping buddy then was as or even more important but was left out by mainstream media (either by sheer omission or by mere failure to find out).

You know who? None other than Maur Aquino-Lichauco, Ninoy Aquino’s sister — Ninoy, the Marcos archnemesis. So what, Imelda is also “Dilawan?” Oh, please.