Settlers to be given chance to rent, live in mid-rise home 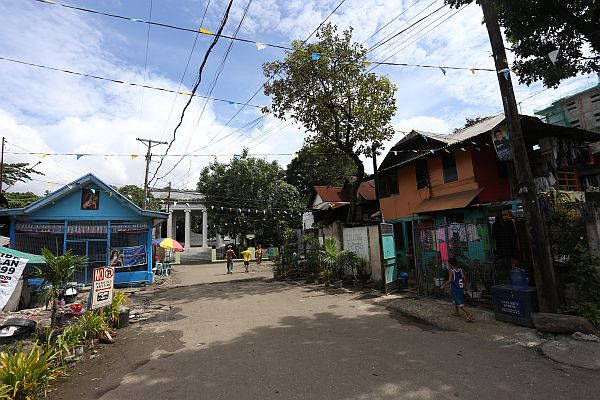 Some settlers continue to stay near the Doña Pepang Cemetery despite the demolition of their houses two years ago.
CDN PHOTO/JUNJIE MENDOZA

Settlers, whose houses near the Doña Pepang Cemetery were demolished two years ago by the Cebu City government to give way to a planned heritage park and persisted to stay in the area, may get a chance to rent a unit in one of the planned mid-rise buildings to be built in the area.

Genevieve Alcoseba, Cebu City’s Division for the Welfare of the Urban Poor (DWUP) operations chief, said the developments in the Doña Pepang Cemetery in Barangay Tejero would soon start to roll out by next year.

“The grand plan is to convert it into a five-building area with the existing mausoleum and a small park surrounding the mausoleum,” Alcoseba said.
She said they are already reviewing proposals from private proponents who have signified interest to undertake the project together with the city.

“There are already submitted proposals for the design. We are now in the negotiations stage. It may not be within this year, but possible by next year we can already start construction of at least one of the mid-rise buildings,” Alcoseba said.

And just like an answered prayer to some of the remaining settlers in the vicinity of the cemetery, the DWUP assured that they will be accommodated in the mid-rise buildings once it is up already.

“Manghinaot mi nga dad-on pud mi sa ilang gihisgutan nga paglambo (We hope that we will also be included in their plans for development),” said Jay Labra, 34, one of the settlers who chose to stay near the cemetery after the demolition two years ago.

Labra, who had been staying in the area for 10 years, also recalled how they were treated like insects with nowhere to go when the demolition happened during then mayor Michael Rama’s time, who wanted to develop the cemetery into a heritage park.

Aurelia Abayun, 77, who claimed to have stayed in the area for 47 years, said she remembered her blood pressure shoot up after seeing their house demolished.

Abayun chose to stay in the area despite the demolition of their house.

Based on DWUP records, there are at least 40 qualified families living near the cemetery.

Other possible beneficiaries that can avail of the housing project will be those who will be affected by demolitions or those that need to be relocated due to disasters or those living in hazard areas.

Each of the five buildings is expected to be four to five storeys high.

Based on initial designs, each floor of the building will have 20 to 25 units which will be around 24 square meters in area each.

However, Alcoseba explained that unlike the city’s other socialized housing sites where beneficiaries will eventually gain the ownership titles of their lots, the mid-rise housing project will be only for a rental basis.

She assured though that rental rates will be at “socialized” rates, between P1,500 to P2,000 a month, although it will still be further studied.

“The objective of the project is not for the city to generate revenues but to provide basic services which is housing. But the city will also have to recover investments,” she said.

Alcoseba pegged the construction cost of each of the mid-rise buildings to be between P40 million to P50 million.

Read Next
City’s test run for Uber, Grab next week