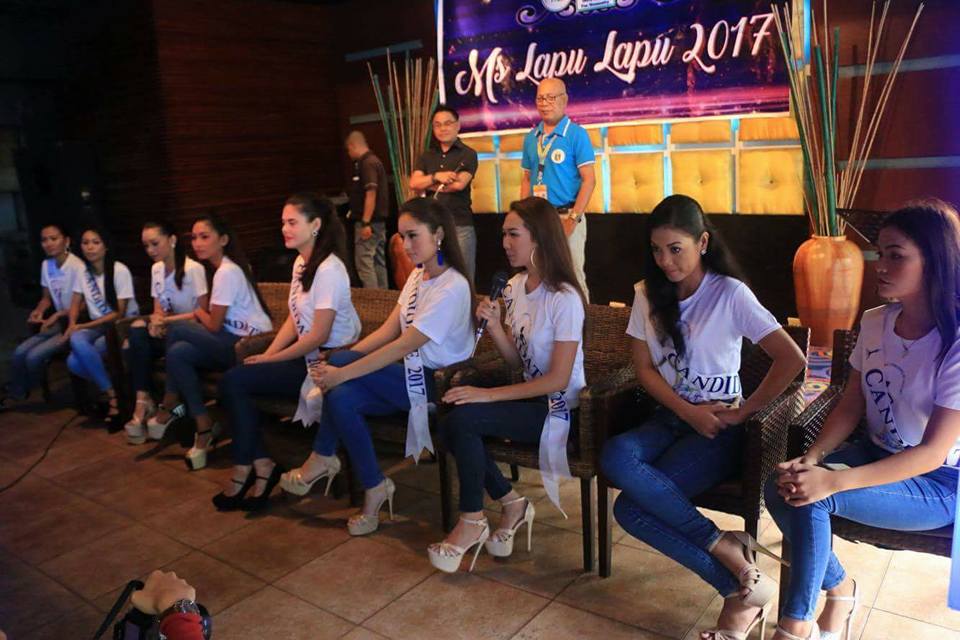 Nine of the 16 candidates for Miss Lapu-Lapu 2017.
cdn photo/norman mendoza

THE coronation for Miss Lapu-Lapu City 2017 will be held tonight at 8 p.m. at the Hoops Dome.

The candidates for Miss Lapu-Lapu were presented last Tuesday at the Mactan Isla Resort and Casino, a major sponsor of this year’s beauty pageant.

However, only nine of the 16 candidates were present during the media presentation as some of them were having classes, while others were at work.

Now on its 17th year, Miss Lapu-Lapu started during the administration of former Lapu-Lapu City Mayor and Congressman Arturo Radaza.

As part of the pre-pageant activities, the candidates were brought to Olango Island and Caohagan Islet for a feeding program. They also paid a courtesy call to Mayor Paz Radaza.

Tickets are at P100 for the lower box, P75 for upper box and the rest will be for free admission.