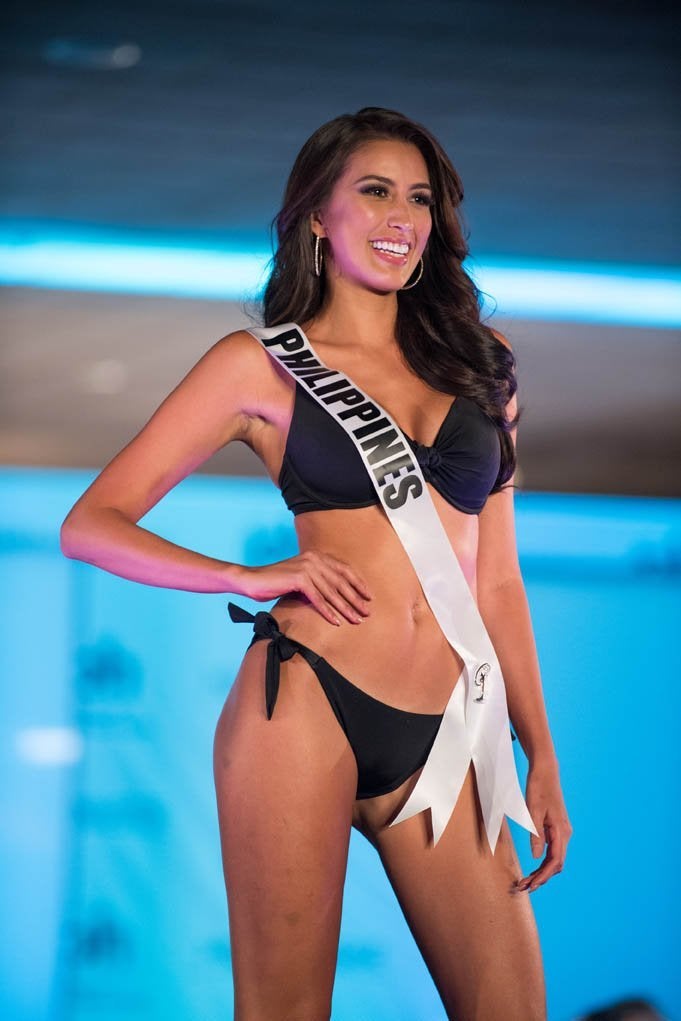 Rachel Peters, Miss Philippines 2017 competes on stage in Yamamay swimwear during the MISS UNIVERSE® Preliminary Competition at Planet Hollywood Resort & Casino in Las Vegas on November 20, 2017. The contestants have spent the last week touring, filming, rehearsing and preparing to compete for the Miss Universe crown in Las Vegas, NV. Tune in to the FOX telecast at 7:00 PM ET live/PT tape-delayed on Sunday, November 26, live from the AXIS at Planet Hollywood Resort & Casino in Las Vegas to see who will become the next Miss Universe. HO/The Miss Universe Organization

THE Philippines’ bet Rachel Peters will compete in today’s Miss Universe pageant which will reportedly follow a new format.

Norman Tinio, a well-known pageant blogger, coach and trainer in the country, has revealed on his website about possible changes in revealing Miss Universe 2017’s top 16.

He titled his blog, “The significance of the 4444” which refers to the top 16 for Miss Universe 2017 pageant.
“4444 is an important numerical combination for Miss Universe 2017. Aside from various reliable sources with consistent infos provided, a couple of the candidates themselves have also spilled the beans,” Tinio said in his blog.

The top 16 will compose of four girls from the continents of America, four from Europe, and four from Asia, Africa, and Pacific.
“3 candidates from each region will be selected based on scores plus one spot for the girl with the most votes in that region,” he added.
Miss Universe opened its online voting early last week through Twitter and vote.missuniverse.com website.

There will also be four wild cards to complete the top 16 for Miss Universe 2017, says Tinio on his blog.

As of this writing, Miss Universe website has not officially announced the changes of the rumored “new format.”

Last year, top 12 semifinalists were pre-determined by judges during preliminary round.

They were trimmed down to top six, which included the Philippines’ Maxine Medina.

The top six was then cut down to top three to determine the winner. France’s Iris Mittenaere was crowned Miss Universe 2016 during the pageant which was held at SM Mall of Asia Arena in Pasay, Metro Manila.

Meanwhile, Peters posted on her Instagram a photo of her with her family and boyfriend, Camarines Sur governor Migz Villafuerte.

“First Thanksgiving Dinner. I really do have so much to be thankful for, especially these people…and all of you!” she captioned the photo.

Another group photo also posted on Peters’ Instagram and had the caption: “My definition of happiness.”