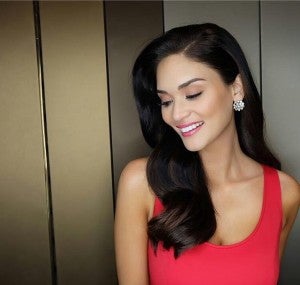 MISS Universe 2015 Pia Wurtzbach took to Instagram yesterday to express her disappointment over the disclosure of the HIV status of one of suspects caught in a drug raid at an upscale hotel in Bonifacio Global City last Sunday.

Wurtzbach posted a black image on Instagram with a messagethat began with, “Universe, listen to this.”
She recounted: “During the operation, the Philippine Drug Enforcement Agency (PDEA) found out that one of them was HIV positive. PDEA and local news outlets decided to expose the identities of these men to the media.”

She then mentioned about the release of mugshots, names, and the HIV status of one of the suspects. “Was this really necessary? I understand that what the men were supposedly doing was illegal and they should face legal consequences. But there was absolutely no need to expose and publicly shame them. It’s illegal to publicly announce one’s HIV status,” she explained.

Under Republic Act 8504, the right to privacy of individuals with HIV shall be guaranteed and discrimination, in all its forms and subtleties, against individual with HIV or persons perceived or suspected of having HIV shall be considered inimical to individual and national interest.

As explained under Section 32 of the RA 8504, “All results of HIV/AIDS testing shall be confidential and shall be released to person who submitted himself or herself to the test, either parent of a minor child who has been tested, legal guardin in the case of insane person or orphans, and a person authorized to receive such results in conjunction with the AIDWATCH program.”

“What has been done has not only traumatized the men that were involved; it has also worsen the HIV situation in the Philippines,” Wurtbach continued her post.
Wurtzbach is a known advocate for HIV awareness, as part of her Miss Universe 2015 advocacies.

“We’re working so hard in educating the people properly on HIV/AIDS on taking away the stigma. Because of what PDEA and the news outlet have done, some people are now associating drugs and immorality with being gay. It’s ridiculous,” she said.

“The whole point of this drug raid was to arrest the men for their supposed crime which was selling/distributing and using illegal narcotics. Being gay is not a crime! Living with HIV is not a punishment,” Wurtzbach added. She maintains that there have already been small steps forward to improve acceptance, tolerance and understanding.

“We cannot take big steps back. To PDEA and the news outlets, take steps to mend the situation,” she said. Wurtzbach also encouraged Filipinos not to be judgmental. “At lalong hindi ito biro na dapat pag pyestahan at pagtawanan.  To my beloved LGBT community, stay strong. We’ll win this,” she  ended her post.