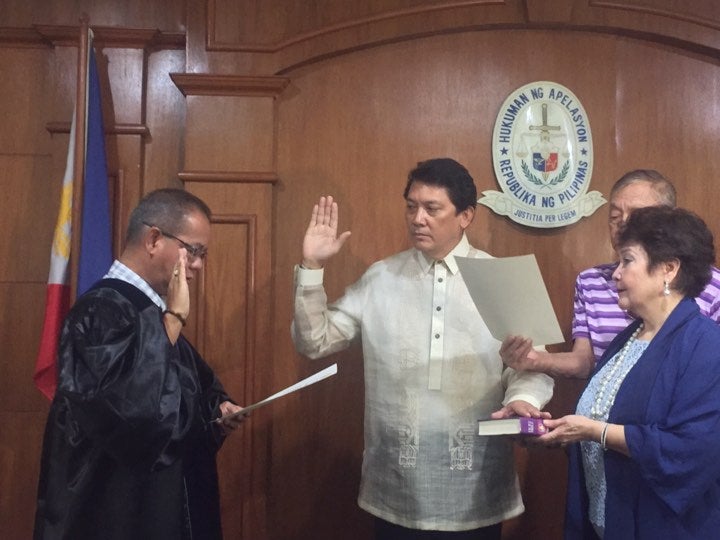 Osmeña will attend his first session on Tuesday.

“My purpose here is to create unity for both sides. Once and for all we will do the best we can do for the city and the Cebuanos,” he said.

One of the first projects the Councilor will prioritize is a housing program and hospitals for the urban poor.

“I’m trying to come on to investors who would like to help in this project. I would like to first concentrate on that,” he told the reporters.

He said being in the Barug Team Rama as with his being relative to the Mayor who heads the opposing party will not affect his duties as councilor.

“There are so many problems that need to be addressed first and we are here to look for solutions that would help improve Cebu City. I’m an Osmeña and I will always be an Osmeña. And I will never leave my team for any selfish purpose,” he said.

Yesterday, Osmeña took his oath of office before the Court of Appeals Executive Justice Grabriel Ingles, with Barug Team Rama members together with his family and friends in attendance.

A copy of his official appointment and oath of office will be given to the City Council and will be included in the agenda of next week’s session.