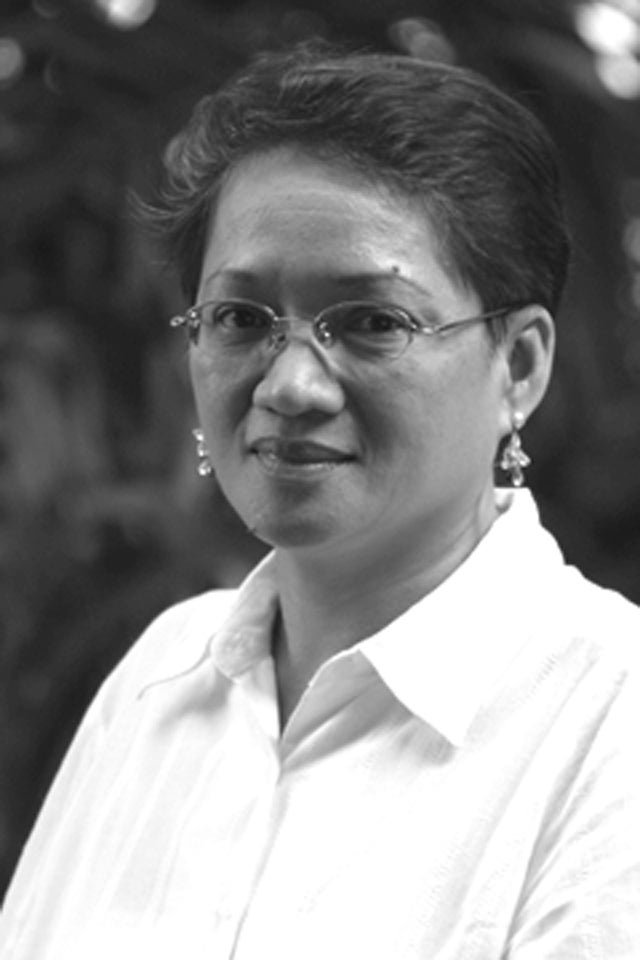 The traditional Christmas gathering hosted by His Excellency, the kindly Frank Benedicto, is usually a time for the former PH Ambassador to Singapore, Ottawa, Beijing, Seoul and Brazil to keep track of his long-time media friends.

But instead of holding court last Saturday, Ambassador Benedicto gave way to one of his former close associates in the Department of Foreign Affairs, Assistant Secretary to the Office of Consular Affairs (OCA) Frank Cimafranca.

A native of Bohol, Ambassador Cimafranca is an old hand in the Foreign Service. Formerly the head of post of the PH Consulate General in Dubai and Northern Emirates (2012–2015), he was also Deputy Chief of Mission and Consul General of the PH Embassy in The Hague.

Prior to that, he served as Second Secretary, First Secretary and Consul, then Minister in PH Mission UN Geneva from 2000 to 2006. In the home office, Cimafranca had had stints in economic affairs, intelligence, legal affairs, fiscal management in major capacities.

For lack of space, I will only mention his assignments during the past 17 years to emphasize his well-rounded capability in foreign policy issues and consular affairs. During the media gathering, Ambassador Benedicto announced that his tocayo (namesake) will be the country’s next envoy to Athens.

In the meantime, Cimafranca will have to oversee some significant initiatives as DFA prepares to open eight (8) new consular offices in strategic areas in Luzon and Mindanao.

The department can hardly cope with the tremendous demand for passports fueled by budget airfares, millennials with a lot of disposable income and demand for skilled Filipino workers abroad, according to the OCA chief.

Currently, DFA is able to process 17,000 passports daily through its main consular office in Aseana Business Park in Paranaque City including six (6) satellite offices around Manila, Quezon City, Muntinlupa and Mandaluyong as well as regional offices spread across the country’s 16 regions plus consular offices abroad.

Ambassador Cimafranca told this corner only 15 percent of the country’s population of 100 million are passport holders. With the creation of new RCOs, the department intends to hire 120 additional employees.

Under this setup, the department expects to process 1 million new passport applications each year.

This would be on top of the tens of thousands daily applications and renewals that continually keep OCA workers in the capital region and RCOs nationwide on their feet.

To achieve this ambitious target, DFA aims to strengthen its partnership with local government units by enabling them through proper training in the prescreening of passport applications. Prescreening basically refers to the review of required documents submitted by new applicants.

I understand many LGUs who had previously hosted DFA’s mobile outreach programs are familiar with the process. In which case, I think even NGOs like cooperatives can rise to the occasion.

As an advocate of cooperatives, I told Amb. Cimafranca to consider well-performing cooperatives for the specific task. Co-ops operate within a legal framework.

They do not only have a strong presence in communities but also a solid track record in creating and safeguarding wealth. In response, he gave assurance to look into the capability of the 3rd sector.

Speaking of ambassadors or champions of the Republic, a Cebuano journalist can very well qualify for the title based on her persistence, hard work and passion for community journalism in a place where acceptance and recognition for the work of immigrants are not easy to find.

I’m referring to media colleague Marivir Montebon formerly of The Freeman who is now based in New York City and actively engaged in helping Filipino communities through her online magazine OSM!

Following the death of her husband who was reportedly murdered by political enemies, Marivir left the country in 2007 to search for a peaceful and better life in the US. I happen to touch base with her when I dropped by New York City last June after a professional training in Halifax, Nova Scotia, Canada.

Over lunch and dinner and coffee shared with another media colleague now based in the Big Apple, Flor Perolina Lungayan, I got to know Marivir a little bit up close and personal.

She is a single mom who works as recruitment officer for the Unification Theological Seminary, an institution for higher education.

UTS afforded Marivir the opportunity to pursue her master’s degree in religious education. In between her day job and studies, Marivir is also engaged as membership chairman and secretary of the Fil-Am Press Club of New York.

The press club is the first and only Filipino organization proclaimed by NY District State Assemblyman Brian Barnwell for exemplary professional and community achievements in the field of community journalism.

Last week, I learned through social media that Marivir was elected president of the press club.

May I yield this space to the (edited) comment of Ms. Cristina DC Pastor, founder of the press club on Marivir’s election as PC prexy:

“Not a lot of people know the role and responsibilities of a journalist but Marivir lives it, has lived it from the time she joined the Freeman in Cebu. In the years we have known each other we have been comparing notes, tossing thoughts on how news is sometimes misunderstood and whether the community is adequately served with news/information that is useful to them. In the end, that’s what comm journ is about: to inform, educate and explain. Marivir’s dedication to the press club is legend and acknowledged by all.”

Read Next
On the PNP rejoining the war on drugs