Have your very own ‘Kita Kita’ adventure in scenic Hokkaida 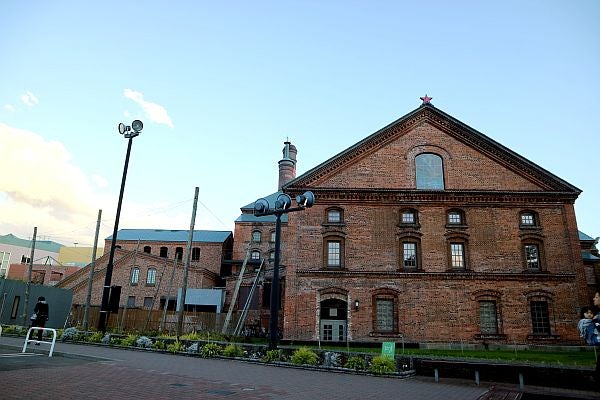 There are a lot of interesting and beautiful locations in Hokkaido’s cities that are worth visiting.

In Otaru, for example, there are a number of museums with exhibited pieces you won’t easily find anywhere else.

In “Kita Kita,” Lea and Tonyo pay a visit to the Otaru Music Box Museum, a charming location filled with vintage music boxes and wind-up dolls as well as newer ones that are for selling.

Historically, music boxes came to Hokkaido from other countries through Otaru, since Otaru is where the ports are.

The Music Box Museum today is home to many vintage items including French music boxes from the nineteenth century and a grand English organ.

At a certain hour of the day, the museum caretakers will wind up the English organ, and visitors can sit on the pews positioned near it to listen and enjoy the nostalgic experience.

Even the main building of the museum is old, having been constructed in 1912 as a rice and grain trade office.

It is a very interesting spot to visit, and guests will surely marvel at the over 25,000 items they have on display.

It is also a good place to find the best pasalubong for a loved one.

You can buy a small, simple wooden music box for around ¥1,100 if you’re on a budget, but there are other, more elaborate and exquisite ones on sale that can go for more than ¥18,000.

Admission to the museum is free of charge, and those who want a more hands-on experience can book a place in a music box-making workshop that costs ¥1,500 to ¥2,500.

For those who travel in order to experience other cultures and traditions, a stop at a Shinto shrine is a must when
visiting Japan.

In Sapporo, there is a shrine near Mt. Moiwa called the Sapporo Fushimi Inari Shrine that was featured in the “Kita Kita” film.

Leading up to the shrine is a walkway with the traditional Torii gates. Most tourists are already familiar with these iconic Japanese gates but may not know what they really are.

In Japanese tradition, these gates are most often found at the entrance of shrines and serve as a mark that you are entering a sacred place.

The literal translation of Torii is “bird abode” and this is because birds are believed to be the messenger of the gods.

Praying at a Shinto shrine involves a few steps that should be done solemnly.

To begin, you must toss a ¥5 coin in a small box inside the shrine.

Then, you will ring the bells by shaking the rope attached to them, which is to signify your presence to the gods.

Afterwards, you will bow twice and clap your hands twice before uttering your prayers.

The shrine is a very sacred, very peaceful place in the city and one can’t help but adapt a solemn silence after praying there.

Another important historical site in Hokkaido is the Sapporo Clock Tower, which can be found in the island’s
capital city.

The building was first constructed in 1878 during the early period of Sapporo’s development and was used as a drill hall for the Sapporo Agricultural College.

The clock, which was purchased in Boston, was added to the tower in 1881.

Today, the first floor of the tower serves as a museum about the early years of Sapporo while the second hall has a spacious, American Midwest-looking ceremony hall.

From the outside, it is remarkable how the mostly wooden tower is surrounded by modern buildings and roads—truly a reminder of the city’s past.

Admission to the tower is free and there is a small gift shop where tourists can buy souvenir items.

Just one block away from the Clock Tower is the Odori Park, which is located right at the center of Sapporo. Odori, which means “large street”,
separates the north and south part of the city.

During warmer months, it is a pleasant place to relax amidst the bustle of the city.

And in the winter, the park serves as the main site of the Sapporo Snow Festival.

From the park, you can also get a good view of the Sapporo TV Tower, which has been a landmark in the city for more than half a century.

It was builtin 1957 and stands at a height of 147.2 meters. An observation deck at the height of 90.38 meters is open to tourists and gives you a stunning view of Odori Park and Sapporo.

And if you’re going to be spending a lot of time in the city, make sure that you don’t miss the opportunity to try one of their velo taxis. Velo taxis are like rickshaws but instead of being pulled by a person on foot, it uses a bicycle or a motorcycle.

In Sapporo, you can find velo taxis  for hire around Odori. They can take you around the surrounding areas of the park and sometimes, they can
also be guides for tourists.

There are a lot of other scenic locales in Hokkaido not shown in the film that you ought to visit.

In Otaru, there is a Kitaichi Venetian Art Museum that exhibits lavish glassworks and other pieces from ancient Venice as well as some more modern pieces.

You should also visit the Sapporo Beer Museum and Beer Garden, where you can enjoy some of Japan’s finest beers and learn about its history.

Similar to the film writer’s experience during her stay in Sapporo, tourists will fall even more in love with Hokkaido, thanks to its locals who are as welcoming as they are polite.

Even a simple walk along the streets is an interesting experience because of the fascinating shops and characters that you will encounter.

And whether you came in order to see “Kita Kita” locations for yourself or to experience the culture and see the sights of the island, Hokkaido will not disappoint.