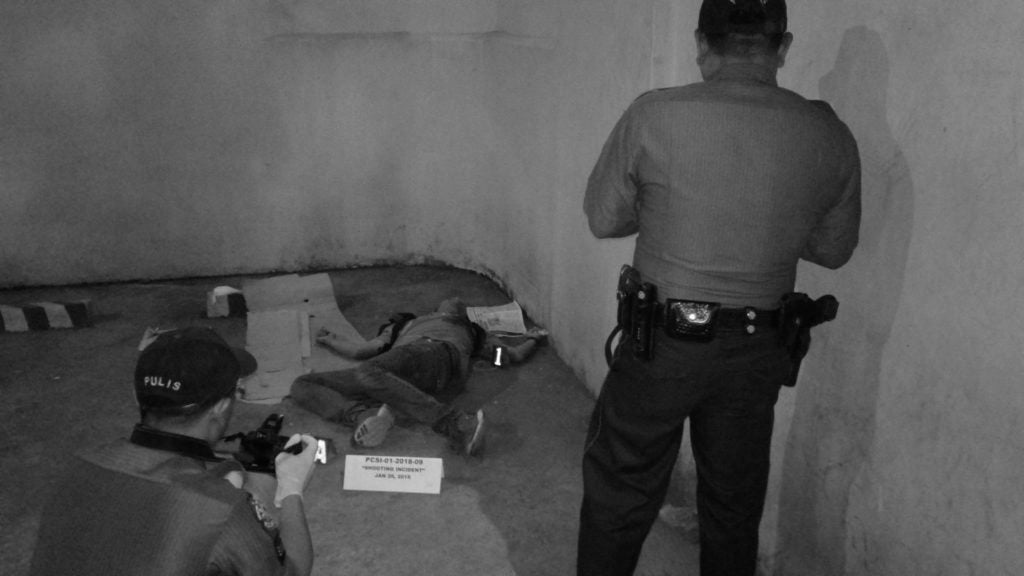 PHOTO BY: CHRIS A. LIGAN

Tanny Boy Casajuras, 38, who sustained a gunshot wound at his left chest, was declared dead by the Talisay Rescue Emergency Assistance Team (TREAT).

PO2 James Cabrillas of Talisay City Police said that the victim was watching an illegal coin game, locally known as hantak, when a certain Eugene Bacalso from Barangay Tabunok shot Casajuras once.

The Talisay City Police is now conducting a hot pursuit operation and investigation to determine the motive of the killing.