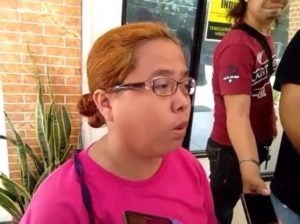 The daughter of a couple from Barangay Labangon in Cebu City who was arrested for possession on drugs has accused the agents of the Philippine Drug Enforcement (PDEA-7) of stealing P20,000 cash and gadgets from their home, in a drug bust on January 31.

Analiza Leromas, the daughter of Reynaldo and Perla Abella, asked the Commission on Human Rights in Central Visayas (CHR-7) to look into the incident.

Leromas said the agents, most of them wore a mask, entered their house without a search warrant.

Seven cellphones and a tablet all worth P20,000 were missing after they entered the house.

PDEA-7 Director Emerson Margate said we welcomed the complaint and will look into the matter.

Margate said he will not tolerate any abuses by his men.

He also said the Abellas have been listed on the watch list of drug personalities.

Margate said that these types of complaints are common, especially the relatives of the arrested pushers.

Read Next
Cebu grad lands in Top 7 of Architecture Exam